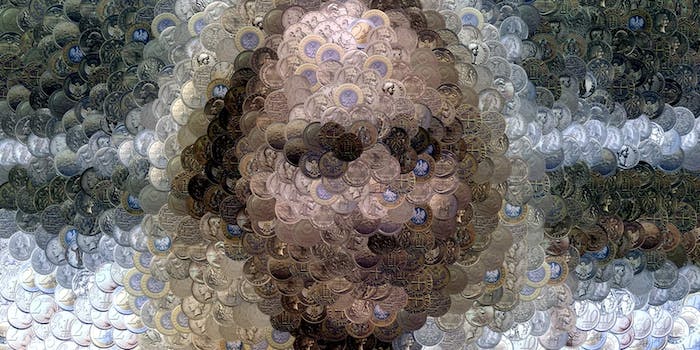 She's a gold digger and commits random acts of violence. But guys still want to date her.

If you are a lady on OKCupid, and your level of attractiveness exceeds that of a mythical sea creature, you most likely get harassed by dudes on the reg. Even if a woman comes off as completely repugnant—like, if she self-identifies as a Nazi or writes “eyeball eczema” under “first things people notice about me”— it’s dollars to donuts that she’ll get at least fifty a/s/l requests as soon as her profile goes live.

To test the theory that male OKCupid users will solicit anyone with two X chromosomes and the ability to convert oxygen into carbon dioxide, Cracked writer Alli Reed set up a fake OKCupid profile for aaroncarterfan, a woman she thought was “so awful, so toxic, so irredeemably unlikable” that not even the most desperate OKCupid user would ever want to contact her.

As it turns out, she was wrong.

In creating the 25 year-old, Los Angeles-based aaroncarterfan, Reed imbued her with the worst human traits possible. She was a “mean, spoiled, lazy, racist, manipulative, and willfully ignorant” gold digger. She was also made a huge Aaron Carter fan, which is basically the sexual attractiveness equivalent to being a neo-Nazi with eyeball eczema.

Using a photo of her friend Rae, a model, as her default, Reed created a narrative for aaroncarterfan that is as reflective of the darkest annals of the human psyche as a character in a Dostoyevsky novel: 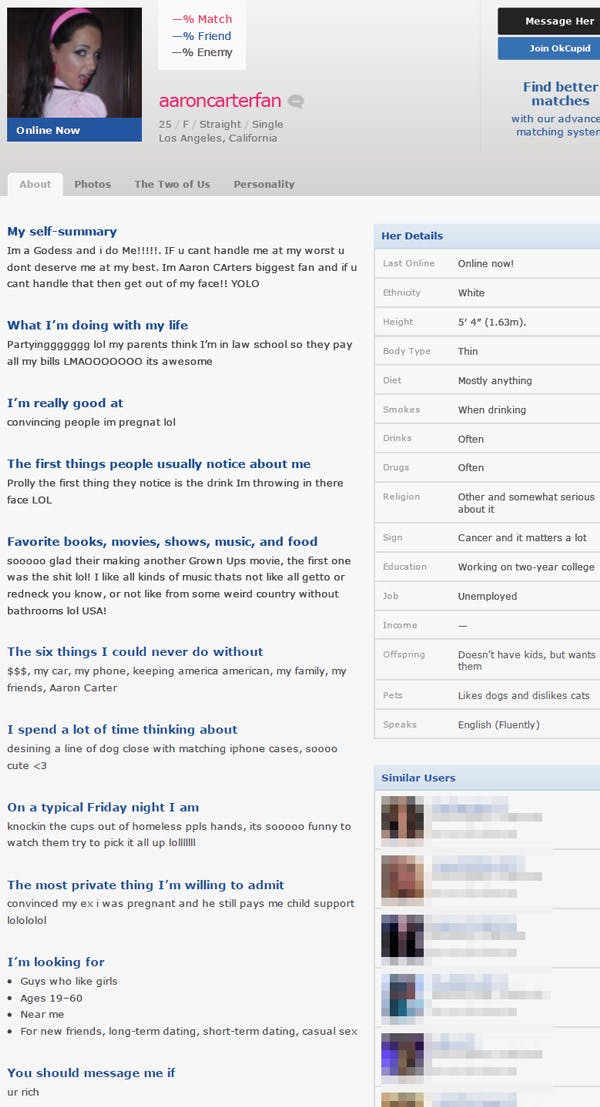 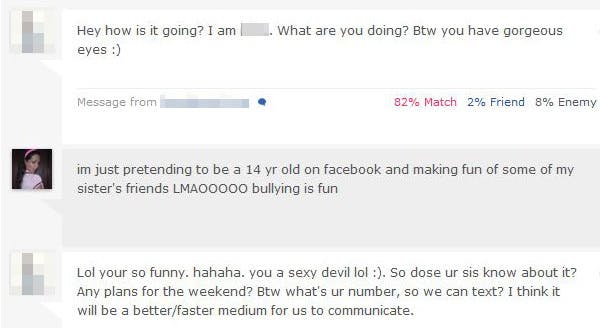 Even when threatened with physical violence, aaroncarterfan’s suitors were undeterred: 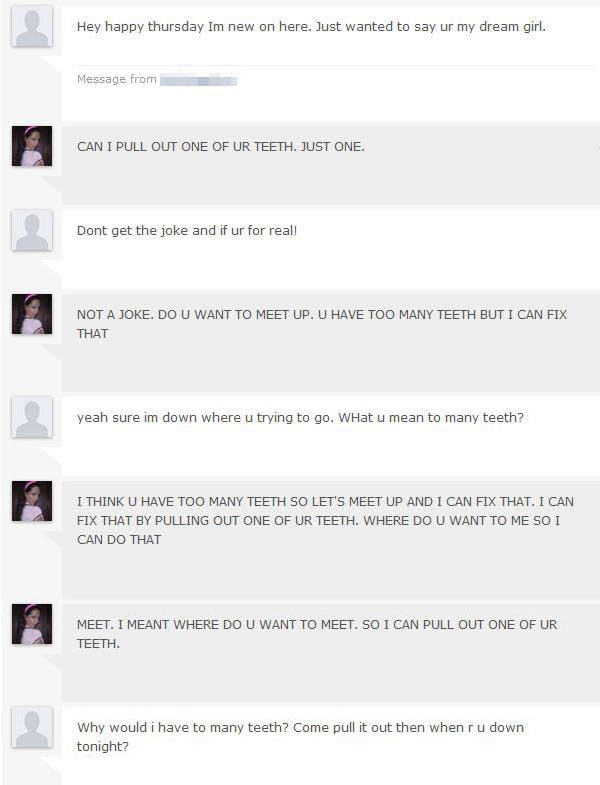 While it’s possible that some of the messages were from irony-savvy OKCupid users who were trying to beat aaroncarterfan at her own game, most of the 500 inquiries Reed received were in earnest (or as she puts it, they were from men who had “slapped their semi-erect penis on the keyboard a few times and pressed send”).

So what did Reed glean from her experiment in online dating awfulness? Mostly what you’d expect: that men have been conditioned to judge a woman solely on her physical appearance, to the point where they are willing to ignore pretty much any red flag (such as a predilection for amateur dentistry) if the possibility of having sex with her is on the table.