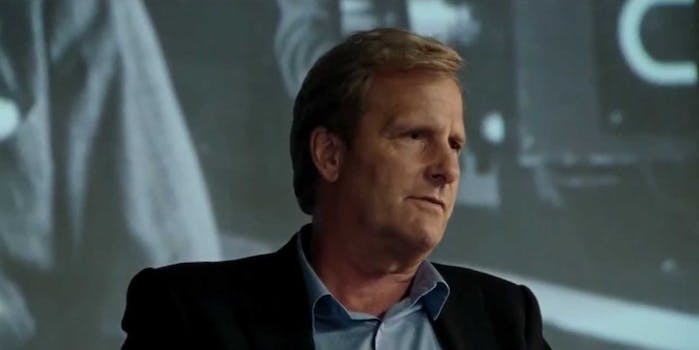 The sequel may not always top the original, but there's still plenty of Aaron Sorkin speak to go around.

The sequel may not always top the original, but there’s still plenty of Aaron Sorkin speak to go around.

Last year, Kevin Porter released a supercut of “Sorkinisms,” which was a number of clips to show how Aaron Sorkin reused his own language in many of his TV shows and films. Largely inspired by Sorkin’s work, Porter, a video editor based in Los Angeles, has noted that it was a “playful excursion” and not a critique.

The video coincided with the premiere of Aaron Sorkin’s new series, The Newsroom, and Porter discovered that timing was everything.

“The only thing I did in helping it go viral was posting it at the right time,” Porter told the Daily Dot last July.

The second time around he’s having a lot more fun with those scenes that are eerily similar to each other. Along with common scenes, names, and pieces of dialogue that are distinctly Sorkin, he’s also included phrases attributed more to being common phrases than self-plagiarism.

“Aaron’s been incredibly kind and gracious in my correspondence with him and so I owe it to him to do the same here. (as if he needed my positive affirmation),” Porter wrote on Tumblr. “Take it as criticism, don’t take it as criticism, it’s entirely up to you. My mindset is that it’s fun, it’s playful, and at worst it’s the gentle ribbing a little brother would give the big brother he looks up to and wants to be like.”

Porter might not think he’s topped himself, but not for nothing he’s reached his own level.