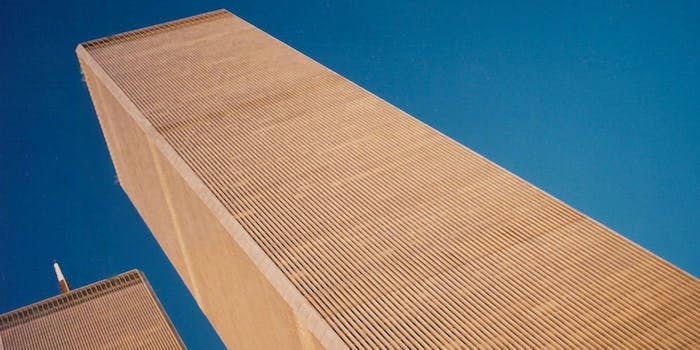 Furor mounts over students who dressed as 9/11 for Halloween

Amber Langford and Annie Collinge, students at the U.K.’s University of Chester, had the tasteless idea to enter a Halloween costume contest as the flaming wreckage of the Twin Towers—and they took first place. But £150 in vouchers was likely not worth the Internet fallout, the pair would quickly discover. 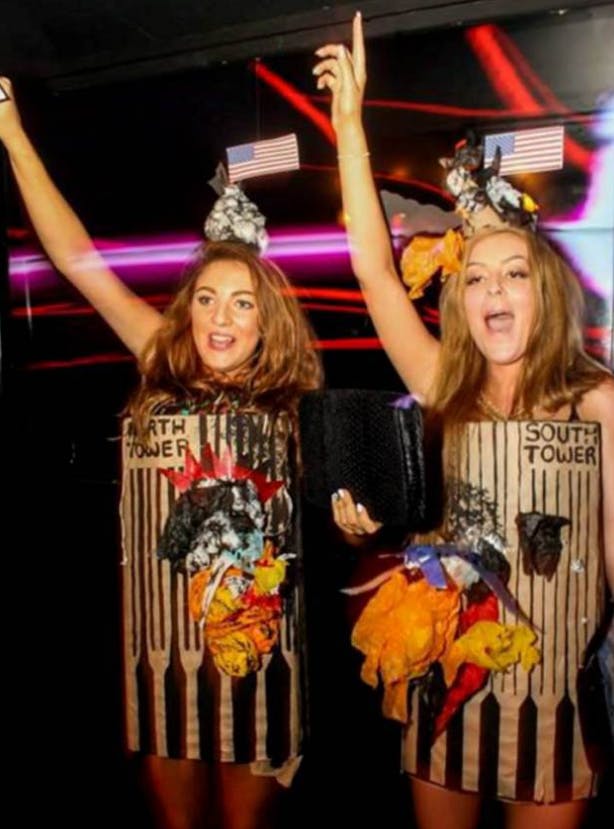 As photos of their prize-winning 9/11 homage—complete with fireballs, airplane parts and falling bodies—spread through social media, they became a focal point for national rage and disgust, even appearing on the front page of daily tabloid the Sun. Their school moved to “utterly condemn” the behavior, while Langford’s father, himself a retired pilot, expressed his disapproval and promised to “have a little chat” with his daughter.

Meanwhile, Rosies, the Chester club that hosted the event, has become a target for revenge reviews, with angry commenters lining up to disparage the venue on its Facebook page. Management at Stonegate Pub Company, which owns the club, has attempted to distance itself from the incident by blaming the DJ contracted to run the contest, who responded to initial boos and complaints from the crowd by saying: “Sorry, but it was a good costume.” 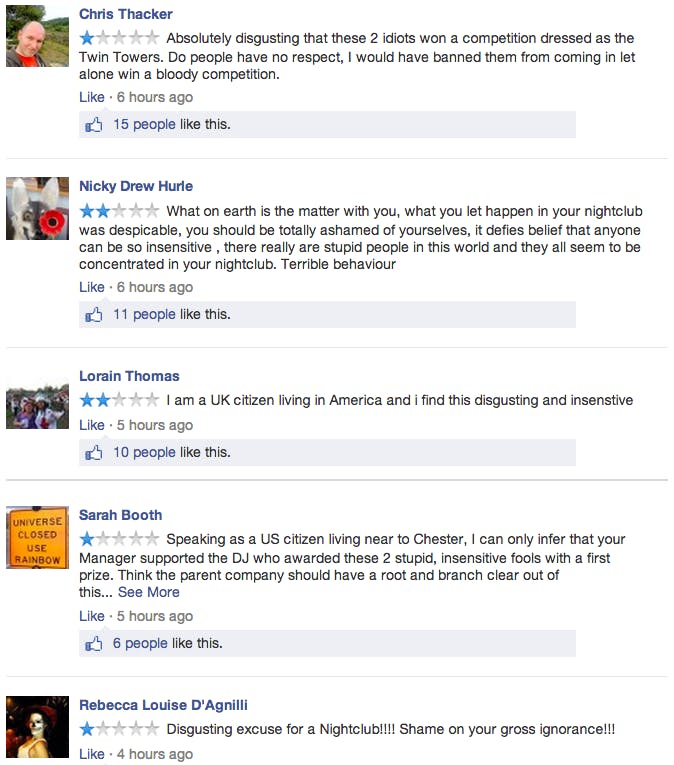 The University of Chester and Chester Students’ Union have opened investigations and may well take disciplinary action against Langford and Collinge. “We never meant to be offensive, but we apologise if any offence was caused,” the young women told the Sun. “The idea was to depict a modern-day horror that happened in our lifetime and was not intended as a joke.”

Somehow, it doesn’t seem like it was intended as a somber memorial, either.

H/T The Mirror | Photo by moelynphotos/Flickr