A different kind of cup.

The ’90s jazz cup pattern is recognizable to anybody who had a fountain drink at the mall before the turn of the 21st century. With its shades of aqua blue and purple, the design is now a cool homage to the era of Walkmen and Lisa Frank. And it just showed up on a different kind of cup.

The Internet helped track down the woman behind the iconic jazz design last year. For those who need a quick visual reminder, here’s what it looks like—in this case, as someone’s manicure.

And now bras are getting the jazz treatment. A Facebook user in a closed meme group pointed out that Target is selling a bra whose pattern is not exactly identical but pretty damn similar. It’s hard to shake the impression that someone specifically adapted the design for the lacy undergarment. 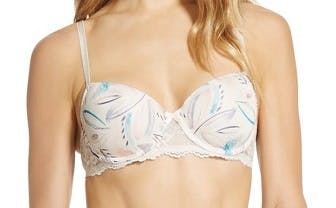 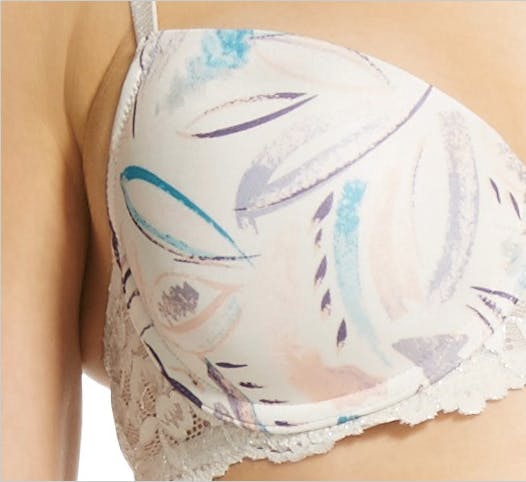 The “Women’s Favorite Lightly Lined Balconette Bra” in chai color is currently on clearance for a mere $11.88. So if you’re trying to bring some ’90s nostalgia to your breasts, act fast before Target’s all sold out.

The bra might only have a four-star review, but it’s a five-star aesthetic.