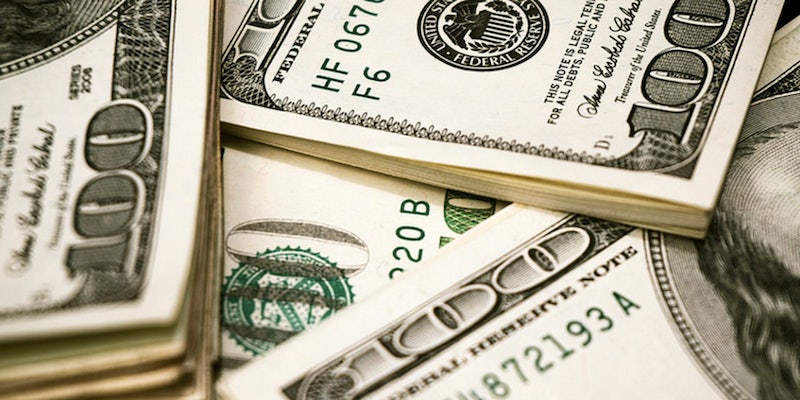 Have you bought your Powerball ticket(s) yet? Why wait? The jackpot for Wednesday night’s drawing—which will happen at 10pm CT—is an unbelievable $1.5 billion, which is almost enough to run for president.

But playing the lottery isn’t just about slightly increasing your odds of a freakish windfall. It’s about making sure some other asshole doesn’t claim that mountain of cold, hard cash. We’re totally fine with losing the Powerball, provided these people don’t win:

RT so we can see taylor's surprise face again!

Could anyone bear to see her phony “surprised” face again? Because if she busts it out even one more time, sincerity as we know it will be dead.

You just know this scumbag is buying fifty tickets every time the jackpot increases. If he takes home a billion dollars, there’s no telling how many guns he might buy. Maybe all of them. Damn, gave myself chills.

I don’t know why, but this would bother the shit out of me.

4) Whoever reads the numbers

The suspicion and recriminations that would follow this turn of events would threaten to tear the nation apart. We’d spend the next two years pursuing a congressional inquiry into “rampant” corruption in the ball-selecting-machine industry. In the end, we’d topple our government and appoint a group of statisticians as Supreme Overlords. Complete disaster.

The Duchess joins pupils for festive activities @AFCevents to reflect on positive progress made this term pic.twitter.com/RekZ8a3hTg

Come on, she’s not even American! That has to violate some rule, right?

6) The super in my old apartment building

Dude is about as racist and sexist as Zimmerman, but he hasn’t killed anyone—yet. I don’t think I could live in a world where this sleazy, hateful, vindictive goblin-man could suddenly afford a fleet of Hummers but still won’t change into another pair of sweatpants now and then.

7) A person who shared that Powerball poverty solution meme

If someone is that bad at simple math, we’re honestly better off giving the money to this dude.

One guy is a plague upon his people and the other is a Mexican drug lord. While it goes without saying that neither of these bozos need to see a bump in their bank accounts, it’s more important that we deny Rolling Stone any reason whatsoever to commission a sequel interview.

Photo via Pictures of Money/Flickr (CC BY 2.0)