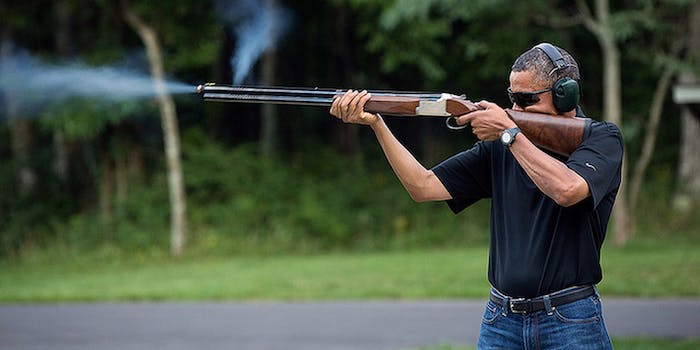 A crash course for the commander-in-chief.

In a move that was sure to galvanize the media on the slowest Monday in recent memory, President Barack Obama now has a personal Twitter account. Call it part of his “DGAF Tour”—just one more sign that he’s ready to move out of Washington and get on with his life.

What advice can we give a leader of the free world just now joining the nine-year-old social media platform? Well, this is where you let your basic flag fly. So don’t be afraid to:

Twitter’s primary function is to connect unknown scrubs with their A-list idols.

5) React to TV shows in real-time

Now that he has Twitter, Obama can watch season two of True Detective like a real human being.

6) Jump on some stupid trending hashtags

Great chance to restore some of that “man of the people” cred.

Not all conservative nutjobs—just Donald Trump. 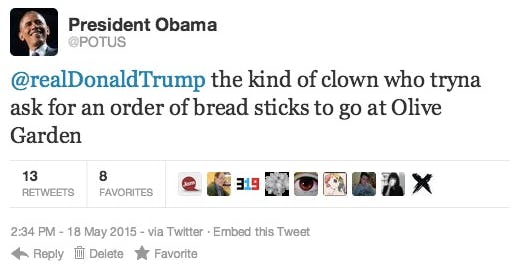 Photo via The Searcher/Flickr (CC BY 2.0)