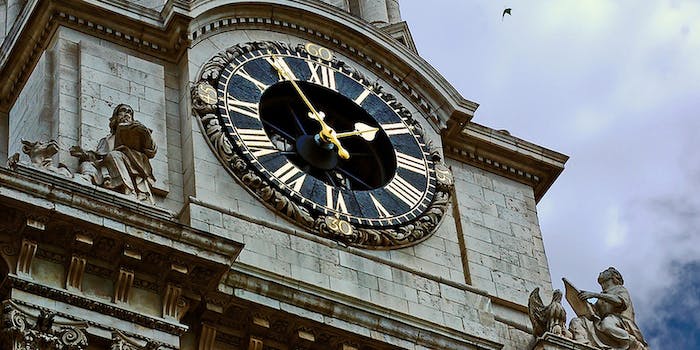 7 things to do with your extra ‘leap second’

Sorry to break it to you, but time is completely fake. Or in any event, it’s not as tidy as you thought: Much as we add a day to February every four years to compensate for Earth’s 365.2422-day revolution around the sun, we must now and then—as we must around 8pm ET Tuesday—add a leap second to calibrate for the 86,400.002 seconds the planet takes to rotate.

How will you spend this extra instant? Sure, you might delve into Last Week Tonight‘s archive of amazing one-second YouTube videos, but that’s just the tip of the iceberg. You can also…

1) Give someone the finger

A python tried to swallow a porcupine whole. It did not end well https://t.co/0QoYhkjKd8 pic.twitter.com/wjyPKRRfte

3) Zone out as you give yourself over to existential despair

4) Make a major decision with a coin flip

6) Have sex to completion

7)  Look directly at the sun