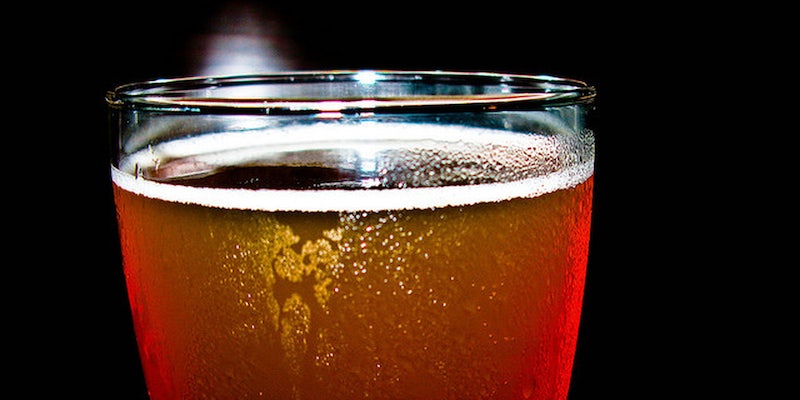 Celebrate #NationalBeerDay with these 7 little-known brews

In 2015, every day on the Internet is a holiday you’ve never heard of. Today is no exception: Welcome to #NationalBeerDay, apparently! Seems a bit soon after St. Patrick’s Day, but whatever.

Thing is, it’s hard to get psyched about drinking the same old Schorschbock 57, Tutankhamun Ale, and Sapporo’s Space Barley at every Happy Hour. Why not switch gears and give your tastebuds a special treat? Here are seven world-class beers you’ve just got to try, right now:

#TBT to when this glass was full. pic.twitter.com/0sUgHhnyaV

With notes of ashtray and testicle sweat, this no-bodied beer is perfect for those who enjoy a complex, challenging flavor. And the brand’s revolutionary can design allows your hand to warm it up within mere seconds. It’s the best thing to ever come out of the Rocky Mountains—and we’re including Ansel Adams photographs.

Technically, Bud Light is the same beer as Coors Light, but in a bluer can/bottle. Whether you’re playing Quarters or Beer Pong, you’ll find it the perfect beverage for any casual get-together. That’s because no matter how much dust, hair, and cheez-doodle powder gets in the can, it won’t make the slightest damn difference in how it tastes.

No matter which nation you're from, we all appreciate excellence, heritage and a good #NationalBeerDay. pic.twitter.com/Mm6Lb28yPJ

What could be more glamorous and European than this bland lager favored by “football” hooligans? A great draft order at a bar where they never clean the taps, thereby ensuring a scummy, metallic aftertaste. Demand that they serve it in a big, goblet-like glass so you can pretend you’re the guy from Game of Thrones. No, the one who doesn’t die horribly.

Unless you’re on a sojourn south of the border, this stuff can be real hard to find. If you get your hands on it, however, you’re in for a real siesta—or fiesta, whichever one isn’t the midday nap. Don’t be surprised if anyone calls you “señor” while you’re tipping a few back. You’re just capturing the beer’s authentic Mexican spirit.

It’s hard to pick a favorite regional brew out of Pennsylvania, mostly because Yuengling is so fun to say. But we’ve gotta go with this classic. Nobody’s more popular than the guy who shows up at the party with 30 ’stones under each arm. And fun fact: most liquor stores will actually pay you to take their Keystone inventory off their hands.

When I'm off probation I'm turning into a keystone cowboy.. Only buying beer by the 30 pack..

Budweiser, or “Bud,” as it’s sometimes called by people in a hurry to drink more of it, is a really old beer. From like the 1800s, probably. We’re not talking about the recipe—we mean that case of it that’s still sitting in your garage. You know? Behind the wheelbarrow and those broken old skis? Yeah, that thing. The Thing of Beers.

We’ve never been able to afford any kind of Blue Moon beer, but with three times as much sugar as a Mike’s Hard Lemonade or Smirnoff Ice, you know it’s got to be good. It goes perfectly with a half-dozen Cinnabon rolls and a tearful late-night phone call with your mother. Your bros may mock you now, but next year you’ll all be going on a package tour of Bruges.