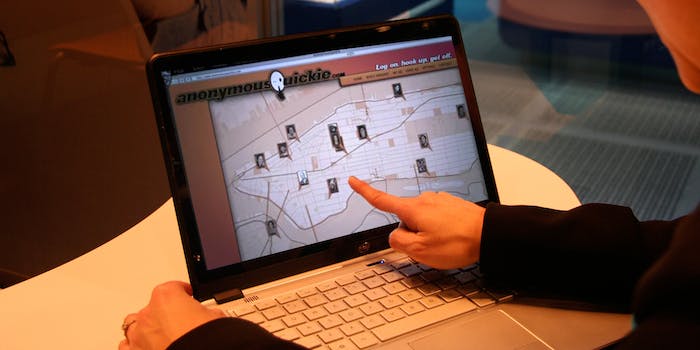 A good TV show is hard to make, but when the plot involves the Internet, you can bet it’s about to get downright cringey. Not necessarily anyone’s fault, mind you—if things like “Facebook” and “Twitter” weren’t already real, we’d probably laugh at them in the context of a serious crime drama. Even so, we can’t help giggling over these disastrous attempts at cultivating zeitgeisty mobile Web flavor.

Screenwriters, we salute you for trying.

Benson: Did he download any other “quickie” apps?
Morales: Craig’s Phone, PowerChat, Who’s Around, and FaceUnion.

In the world of Law & Order, there is a public website for every type of evil. “Perps” post clues on message boards. It adds a certain type of camp to the show, which is good, because if it weren’t so melodramatic, it would be dark as fuck.

My favorite is AnonymousQuickie.com, whose slogan is literally just: “Log on. Hookup. Get off.”

While helping a friend research her upcoming book on the phenomenon of the selfie, I agreed to watch this show, and honestly, I want my 22 minutes back. It was that bad. The problem with Selfie is that it doesn’t understand how social media functions. 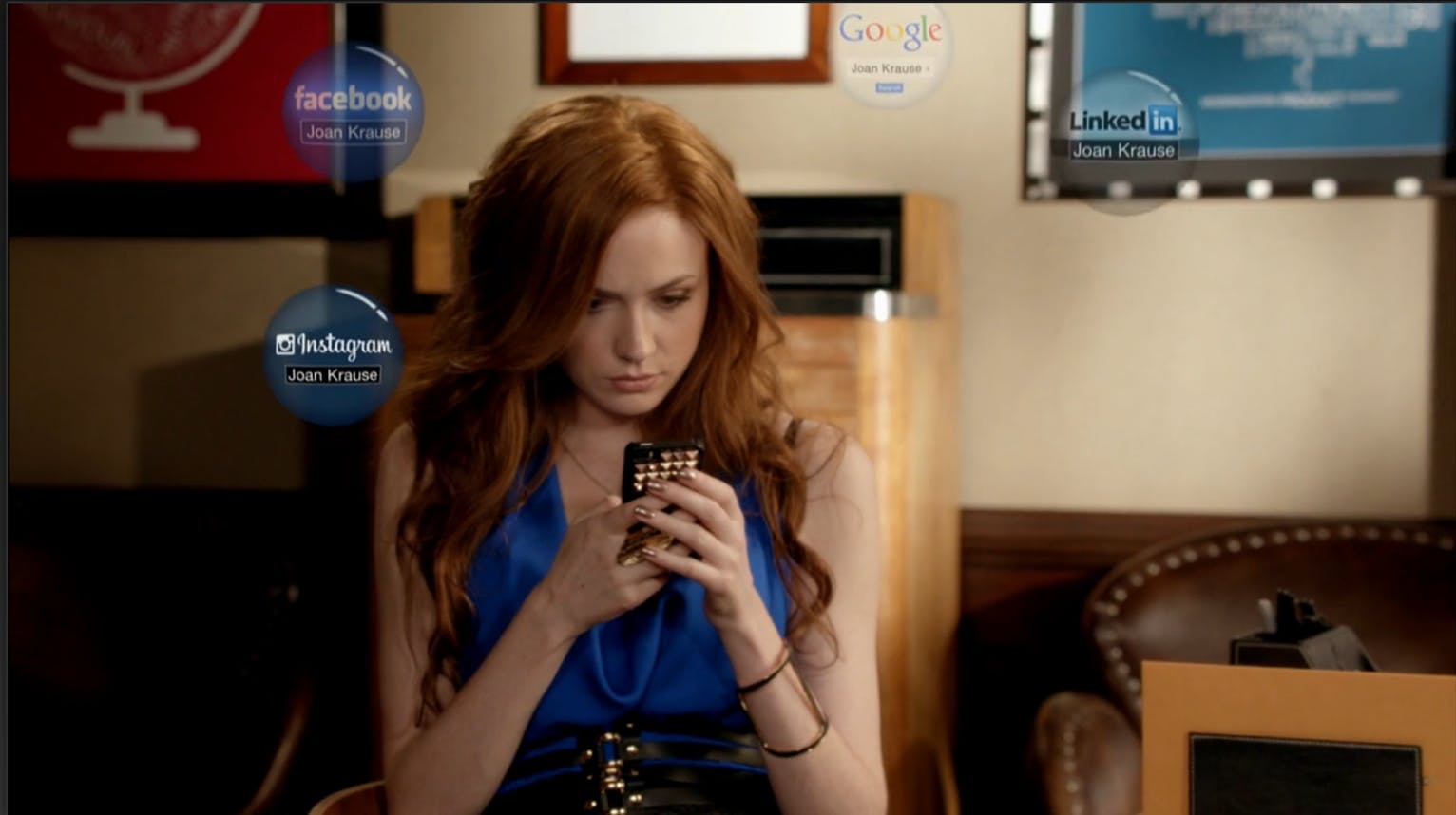 Here’s the premise of the show: The main character, Eliza (Karen Gillan), has tons of followers but no real friends. She recruits Henry (John Cho) to teach her how to be a person in the real world (as opposed to the digital world). I would argue that those distinctions aren’t so clear in 2015, but I’ll save it for a thinkpiece.

I’m sure there are tons of lonely Internet celebs, but having a lot of followers means you’re posting content that a large number of people find entertaining. This usually means you are doing interesting things with your life with other interesting people. In the world of Selfie, social media serves to humiliate and alienate, but never to connect. The moral of the show is that likes and retweets don’t mean a thang, but you know, in 2015, they most certainly do. #sorrynotsorry.

I almost don’t want to comment on this because it’s all so deeply shortsighted and cheesy, BUT SERIOUSLY, JOHN CUSACK?? YOU PRINTED OUT DIANE LANE’S ONLINE DATING PROFILE??

LOL at Dermot Mulroney’s insightful explanation at the end of the video: “It’s really an extension of what computers are supposed to do in the first place: share information.”

A middle school assembly about the social dangers of the Internet… in movie form.

The protagonist, Taylor, attempts suicide because of cyberbullying. This is an all-too-real thing, but the melodrama of this scene verges on farce. And the fact that she doesn’t succeed in killing herself because she can’t figure out how to open the pill bottle is insulting to the character’s intelligence.

5) How to Get Away with Murder

My favorite line from HTGAWM has to be: “Why is your penis on a dead girl’s phone?”

But the reason I included the show on the list is because of its Grindr-like app, appropriately named Humper. Need I say more? (But also, how was anyone lucky enough to snag the username “Lumberjack” on there?!)

Full disclosure: I have not seen LOL, and I don’t intend to ever see LOL. Check out Joe Leydon’s review in Variety:

“LOL is DOA, a shapeless and charmless teen-skewing trifle stocked with trendy slanguage and social-network gimcracks that make it seem like something four years past its expiration date.”

However, for the purposes of this listicle, I self-sacrificed and did some research. The frequency with which Cyrus updates her relationship status in the trailer astounds me. She should just switch it to “It’s Complicated” and call it a night. Plus the overwhelmingly trite decision to name the protagonist Lol(a) makes me want to die.

Here are some fictional websites done right for a change: