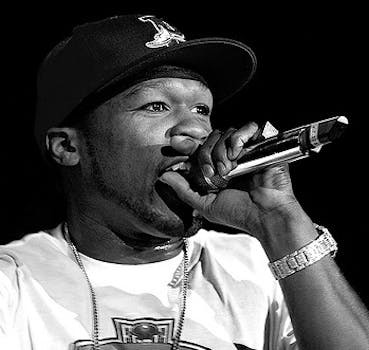 The rapper posted an ill-advised tweet at an aggressive fan, leading to a flurry of criticism from autistic fans and concerned parents.

In response to an admittedly aggressive follower, 50 Cent posted an ill-advised tweet reading: “yeah i just saw your picture fool you look autistic.” After an initial wave of criticism, he added, “i dont want no special ed kids on my time line.”

That led to a backlash from autistic fans and the parents of autistic children. The rapper, born Curtis Jackson, reacted by deleting the offending tweets, though they were archived by social media search engine Topsy.

Parents tweeted photos of their autistic children to him in an effort to show that their kids look just like any other child.

The 36-year-old entrepreneur was criticized at length by actor and autism advocate Holly Robinson, whose 13-year-old son Rodney is autistic. In an open letter, Robinson said she’d met 50 Cent and was aware that he is intelligent and a “legitimate philanthropist,” leading her to wonder if he actually knew what autism was.

“I hope you can see how what you might see as a benign insult-or not- was so randomly hurtful, immature and misinformed,” Robinson wrote Wednesday. “Maybe you are naive or indifferent as to how many of your fans might be deeply and personally offended by your insult. At the very least-can you please delete it?”

Robinson got her wish. 50 Cent removed all tweets related to the issue, including one reading: “just kidding about da special ed kids man, i was in special ed day said i had anger issues lol.”

However, Jackson did not apologize for his error.