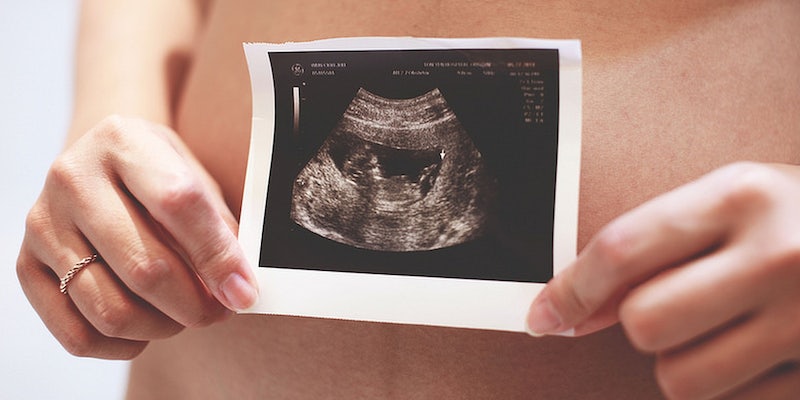 This is what happens when you ask the Internet to name imaginary babies.

Back in April, Charlotte Ostermann took a stand against abortion with the 50 Million Names project. Through her website, pro-lifers could name nonexistent people—those they imagine were killed by a woman’s right to choose—with a Twitter bot posting their input, like so:

The merry pranksters of the Internet (some of them apparently from 4chan’s notorious /b/ imageboard) sniffed out the site immediately and set to barraging it with “names” that would presumably annoy anti-abortion activists. But somehow, they got away with it for five months, even as they caused the bot to spout the lyrics to Rick Astley’s “Never Gonna Give You Up” and threaten American Airlines. 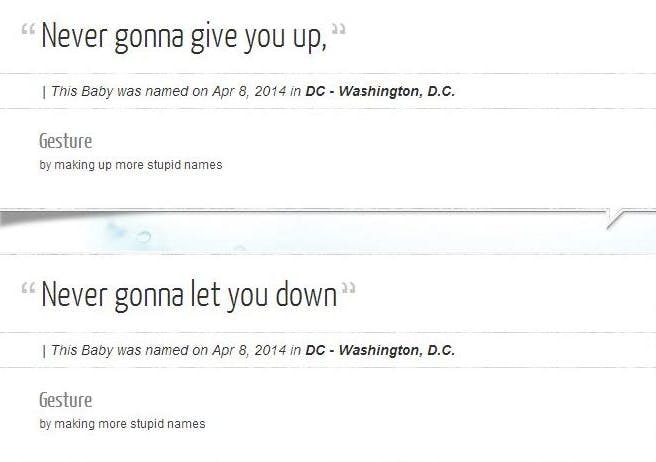 Only today did 50millionnames.org go into “maintenence mode,” with the potentially offending tweets beginning to disappear—though not before everyone grabbed screenshots. (The question marks would appear to be a result of some attempt to censor the word “fuck.”)

4chan is currently submitting names to a pro-life bot that lets you name aborted babies and tweets them out pic.twitter.com/XtH3U1Z1Vq 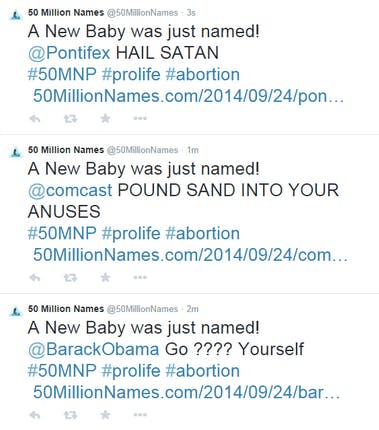 Currently, it seems all but impossible to register a baby-naming account: Despite filling out the necessary form several times, no email with a password ever made it to our inbox. The Twitter account has been silent for the past 15 hours. According to the project’s website, though, 49,997,175 names are still “needed”—so don’t you dare stop brainstorming.