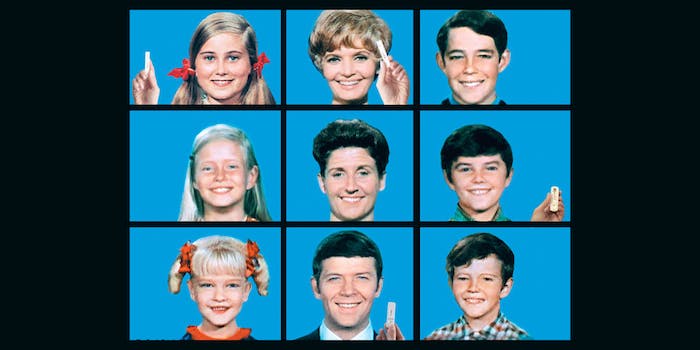 Which members of the family can't get a test?

Earlier this week, the Biden administration launched its program to mail free Covid tests, allowing Americans to order four free Covid tests free of charge through the United States Postal Service. While the process of ordering those tests is simple enough, in theory, people are resorting to memes to highlight the limits and insufficiency of the new program.

As people quickly found out, the USPS’s form wasn’t allowing people who live in apartment buildings to request the free Covid tests if someone else in their building already filled out the form, an issue that the USPS is already aware of. But the bigger problem is also the quantity. The initial program only allots four tests for an entire household, which isn’t many, especially compared to the seven free Covid tests you can order daily in the U.K. (That doesn’t even cover the fact that someone will probably need more than one Covid test if they are exposed, as well as the possibility that early tests may come back negative before getting a positive.)

And if you have more than four people in your household? Forget it.

It’s that last factor that’s become the major focus of a new meme.

The format is simple. TV shows and movies are full of large families, many of them multi-generational—and just about all of whom would be screwed under Joe Biden’s newest policy (and that’s assuming that each member of the family only gets one Covid test). The bigger the family, the more drastic the point is made even through examples of fictional and real families who would probably have no issue paying for tests.

Someone even found a way to up the stakes in Succession even higher.

Just who will get the Covid tests can be a major life decision. Which members of the Brady Bunch, for instance, would get the tests? What about the Whose Line guys? Not to mention the very predictable outcome for Arrested Development’s Lucille Bluth.

The move to getting Covid tests is a long time coming. It’s been a journey lined with scoff and disdain from public officials who told Americans desperate to locate Covid tests to “Google it” and Americans having to resort to public shaming to get any kind of policy change that helps regular people, sometimes through memes. And while more tests are supposed to be on their way, it’s always possible this round of meme-shaming could always up that number even more.