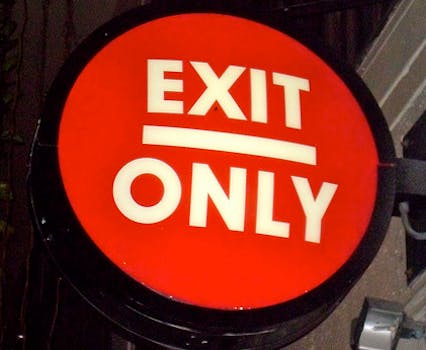 It's not just red states, either.

Now lookie here, Mr. President. We’re the people living inside these United States of America, and we want out!

That’s the sentiment expressed by thousands on the White House website’s Open Petition page, a destination that was once an open forum for referenda and goodwill, but is now full of unhappy people demanding to quit the country entirely. 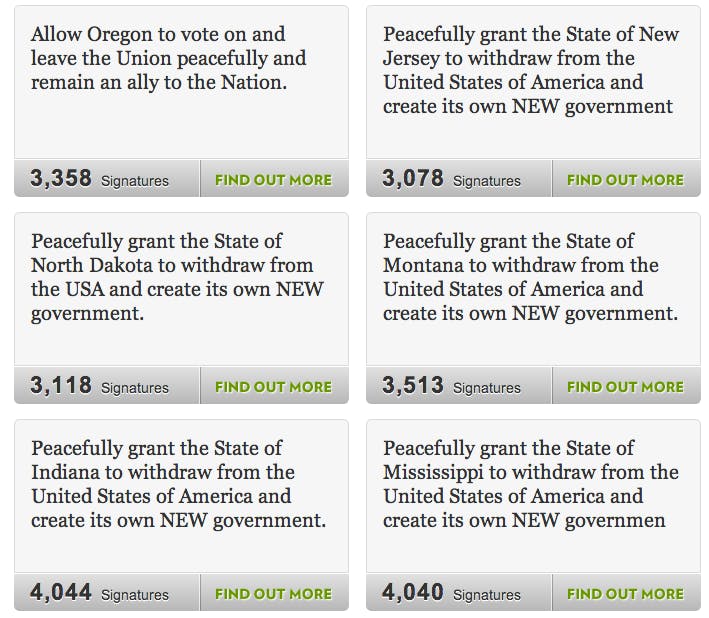 American citizens from 20 different states have submitted secession pleas in the days following last Tuesday’s presidential election, with some states even submitting their pleas twice. (Looking at you, South Carolina and Missouri! Also, Oregon, New York, New Jersey, and Colorado: What gives? Last week was a big week for all you guys!)

So far it’s Texas that appears to be most hellbent on getting up on out of this cold hard place we call America—surprise, surprise. The Lone Star State, long a beacon of libertarianism and operating on its own accord, has already accrued more than 18,000 signatures from people wanting to do this thing on their own.

All this secession and barnstorming sounds exciting and all, but it’s not very likely to happen—even if these states can rally enough rebels to make an army. As Gawker points out, unilateral secession was ruled unconstitutional in 1869, thanks, believe it or not, to the great state of Texas.