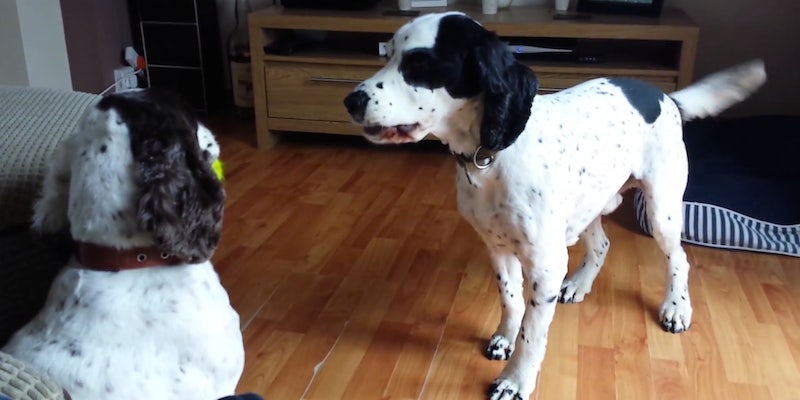 He's persistent, that's for sure.

When life gives a dog a tennis ball, just hope that a fellow dog won’t take it away.

In one corner, we have Millie, who is perfectly content sitting down with a tennis ball in her mouth. She’s calm; it’s been a good day. In the other corner, however, we have Goggles. Goggles has had his ball stolen. He is not happy about it. And he just wants it back. Right now. Chasing one on TV just isn’t the same.

Indifference is a cruel, cruel mistress.