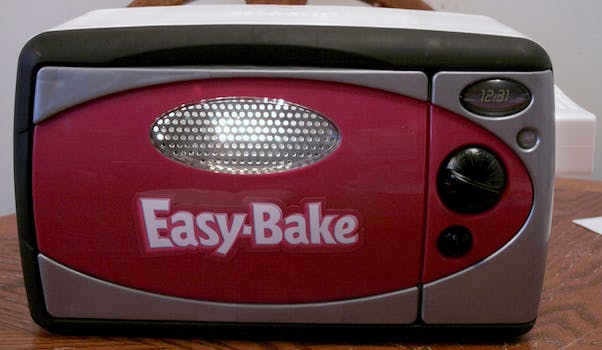 Thanks to a big sister's online petition, Hasbro has agreed to market its Easy Bake Oven to both boys and girls.

Thanks to an outspoken big sister, a generation of boys will grow up with a love for baking.

Earlier this month,13-year-old McKenna Pope of Garfield, N.J., launched a Change.org petition to get toymaker Hasbro to make a gender-neutral Easy Bake Oven, a toy which girls have enjoyed since 1963.

Pope was motivated to go after Hasbro’s gender stereotyping by her 4-year-old brother Gavyn, who wants nothing more than a dinosaur and an Easy Bake Oven for Christmas. But Gavyn can’t have the latter because, as he states in a YouTube video found in his big sister’s petition site, “only girls play with it.”

Not for long, Gavyn.

Pope’s petition asking Hasbro to “feature boys in the packaging of the Easy Bake Oven” has attracted a lot of attention and supports, garnering 44,698 signatures as of this writing. It’s even inspired a secondary YouTube video where various male chefs and restaurateurs back Pope’s cause.

But most importantly, it got Hasbro to listen. On Monday, the Associated Press reported that the toy maker invited Pope and her family to drive up to Pawtucket, R.I., to meet with the Easy Bake Oven team at the company’s headquarters. At this meeting, company executives revealed that Hasbro has been working for 19 months to develop a new color scheme and design that would make their popular toy more gender-neutral.

The new iteration of the Easy Bake Oven, which will be released at the 2013 Toy Fair in New York this upcoming February, will have a version that’s black, silver, and blue.

“I think that they really met most or even all of what I wanted them to do, and they really amazed me,” Pope told the AP.

Complete strangers agree, and have taken to the Hasbro and the Easy Bake Oven Facebook pages to show their approval.

Thank you for creating a prototype for the ‘gender neutral’ Easy Bake Oven,” wrote Linda J. Robertson. “This is great news for our young Chefs!”

“I am SOOOOOO excited to get my SONS an easy bake oven,” said another fan. “Never had or bought one before but I will now. You guys ARE AWESOME!!!!”

But like with everything else, the haters are going to hate.