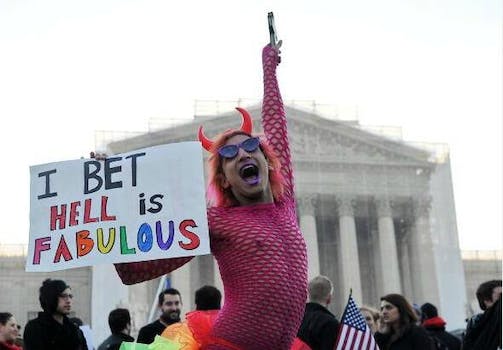 Thousands took to the Supreme Court to show their support for and against same-sex marriage.

Both sides of the marriage equality debate are awaiting word from the Supreme Court after arguments were heard on the legal grounds of California’s controversial Proposition 8.

On Facebook, the “Red Equals Sign” is currently going viral, with many are changing their profile picture to show their support for marriage equality, thanks to the Human Rights Campaign and George Takei.

It was a much different scene in Washington, D.C. Thousands took to the Supreme Court to show their support for and against same-sex marriage, bearing creative posters to get their message across. The images are being shared rampantly on Twitter, where thousands of people have tweeted about #Prop8, #MarriageEquality, and the Supreme Court, according to Topsy, a social media analytical tool.

Below we’ve included some of our favorites. 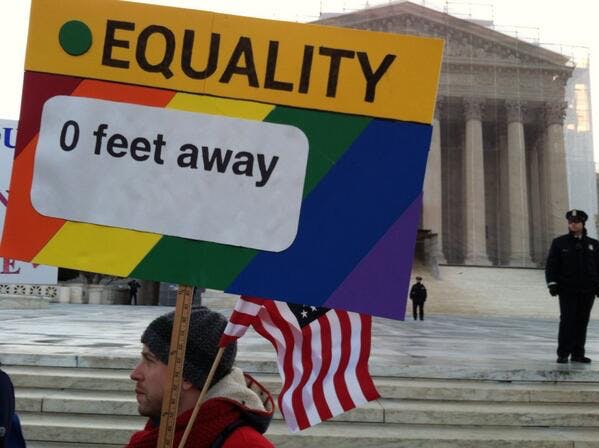 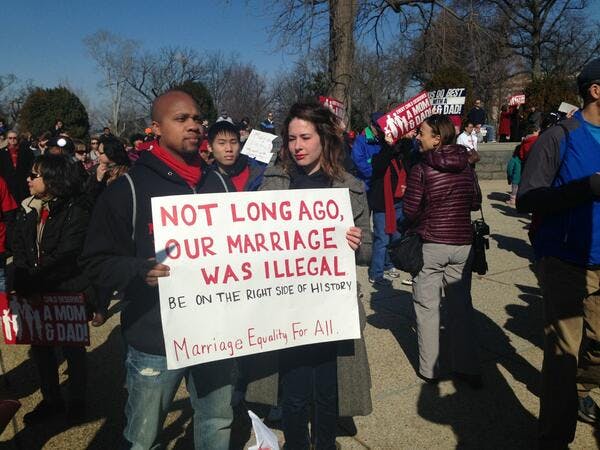 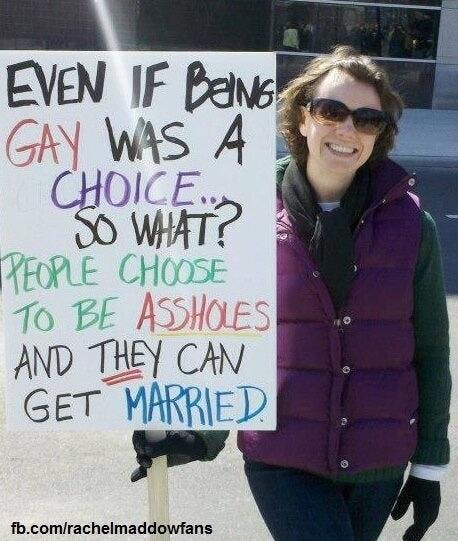 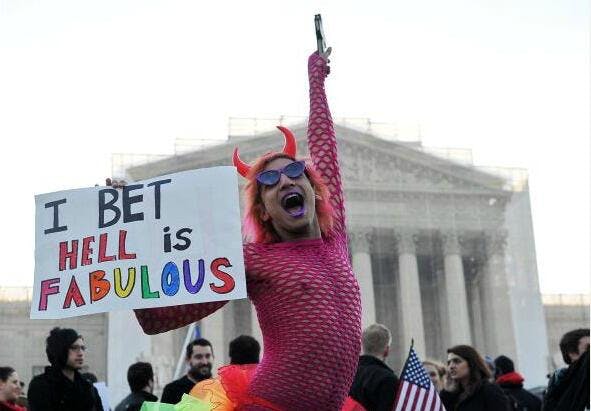 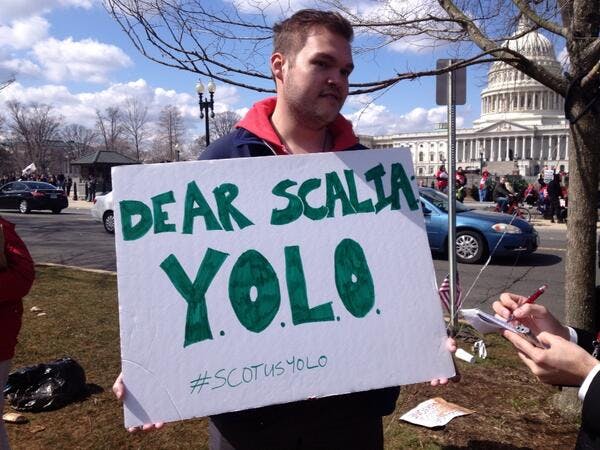 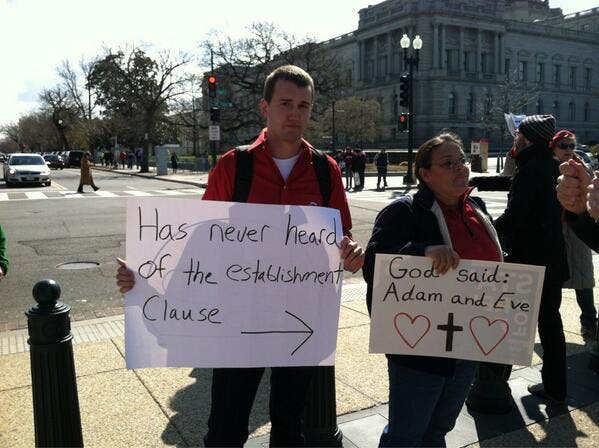 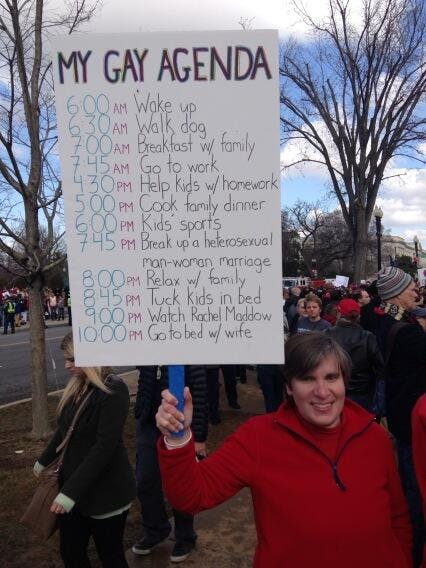 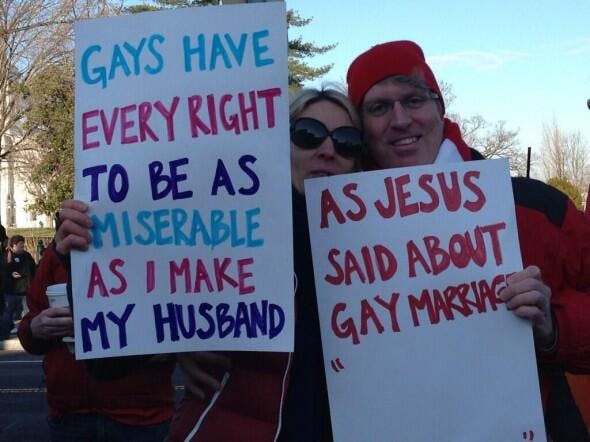 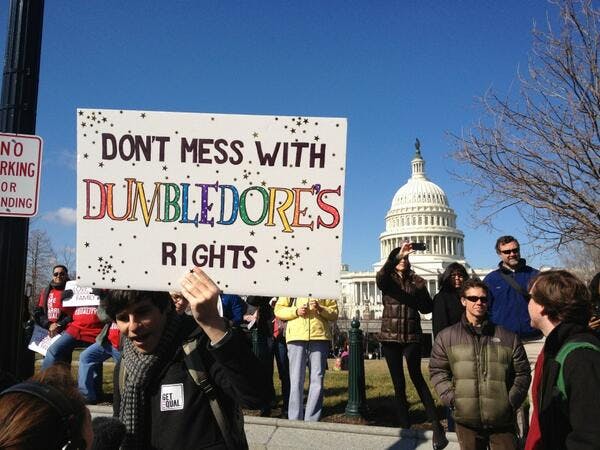 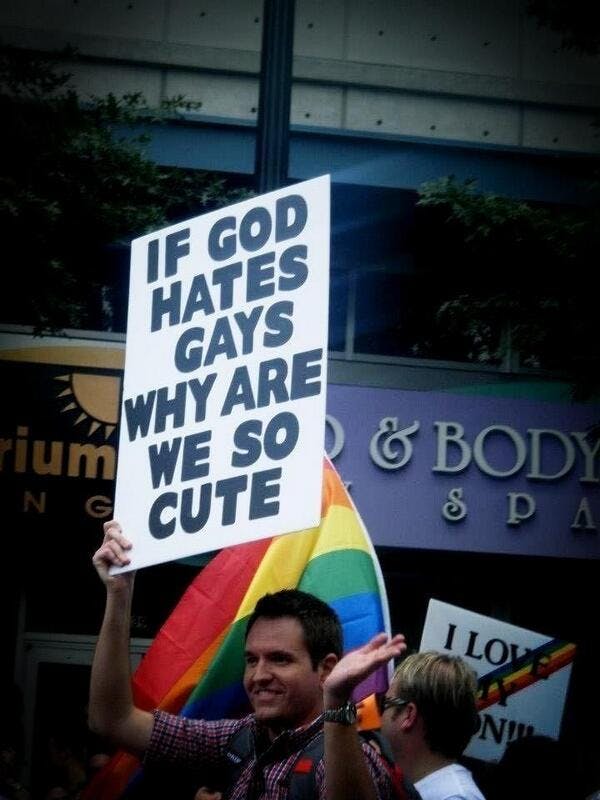 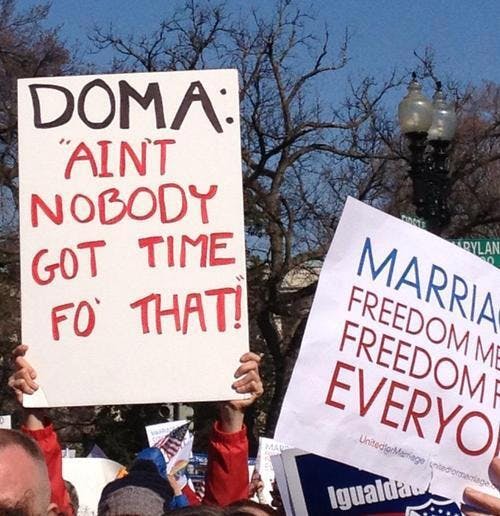 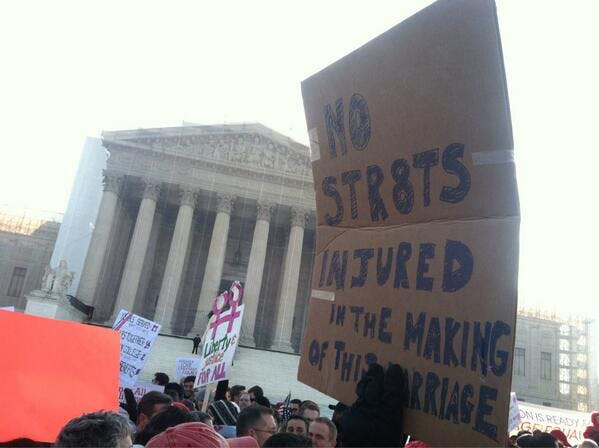 Honorable Mention: Aaron Johnson, the owner of the “rainbow house” across the street from the Westboro Baptist Church in Topeka, Kan., dressed up a snowman for the occasion. 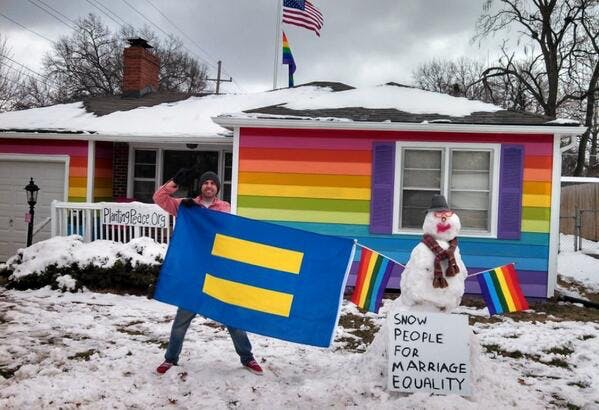 The Supreme Court will debate the Defense of Marriage Act (DOMA), which prevents gay couples from receiving federal benefits, on Wednesday.