We all know the stereotype: Chihuahuas are mean. It had forever been a mystery to me as to why anybody would own such a crazy dog, but after living with one for a couple of years—despite the bites, the growls, the incessant barking—I finally understood. They are like evil little cats who poop outside, and those tiny moments of love and affection you get from a chihuahua make all the other bad times disappear, if only for a second.

Relocating to New York City this summer, I expected a sense of relief in moving away from Lexi, my temperamental canine roommate. She constantly sent mixed signals, sleeping in my armpit at night, growling when I tried to pick her up, and insisting on sitting in my lap only to bite me when I pet her. “What do you want from me?!” I asked.

I never learned the answer. 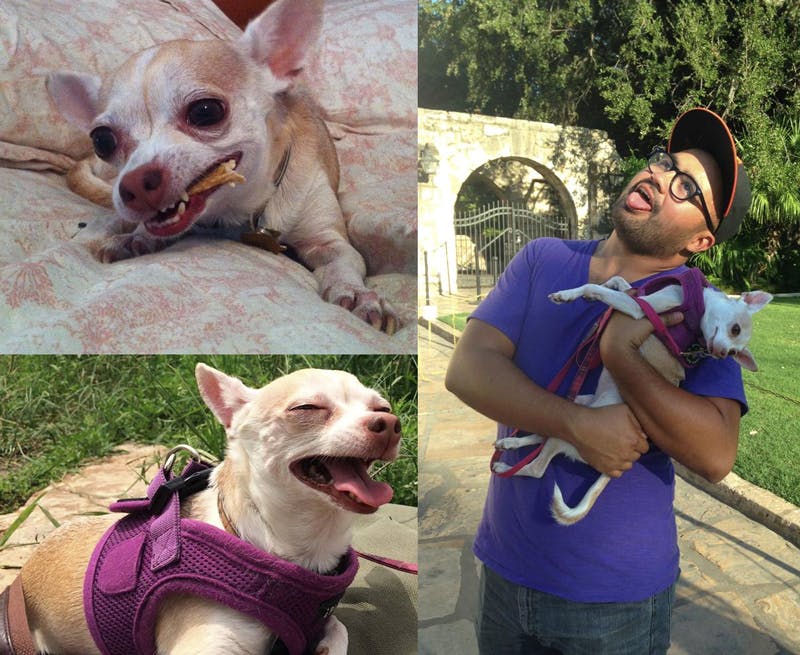 The moment I arrived in the city, however, I found myself missing that dread, that fear of getting bit, and the sense of validation I felt from the rare moments Lexi licked my nose. (That happened maybe five times in the three years I knew her.)

Being the land of small apartments, it’s only fitting that a large number of New Yorkers have chihuahuas of their own. They are the closest thing to a proper dog that fits the 200-square-foot lifestyle. I don’t know if I’m hyper-aware of these chihuahuas walking down the street because there are simply a ton of chihuahuas in New York, or if I’m nostalgic for the times I lived with Lexi, a dog I largely considered my enemy and foil. All I know is that every chihuahua reminds me of mean teeny Lexi, and I feel my heart swell with indescribable sadness.

Since my move, I’ve kept a dossier of these sightings on the social media website Twitter.com. The animals range from conventional to remarkable, with one constant: They are not Lexi. Still, these monsters are fascinating in their ubiquity, and of the 30-plus chihuahuas I’ve documented in the past months, I imagine a few would happily bestow upon me the unchecked aggression and rare affection I miss so much.

3) Chihuahua-dachshund mix means twice the anger (this one was chill, though)

4) Cart-chihuahua living in the lap of luxury

Chihuahua in a cart, Wyckoff and Stockholm, Bushwick pic.twitter.com/4z9c1bsz1a

7) Puma had a name as fierce as his ‘tude

8) This Bay Area chihuahua is dressed for success

Chihuahua in a dress, Mission St and 21st, SF pic.twitter.com/X0LjaMEpe2

9) It gets cold cold in Brooklyn; luckily this nugget has a puffy turtleneck

Chihuahua in a turtleneck, Wyckoff and Himrod, Bushwick*

*it's good to be back pic.twitter.com/TBtSvOyMtt

11) What’s the deal with chihuahuas, anyway?