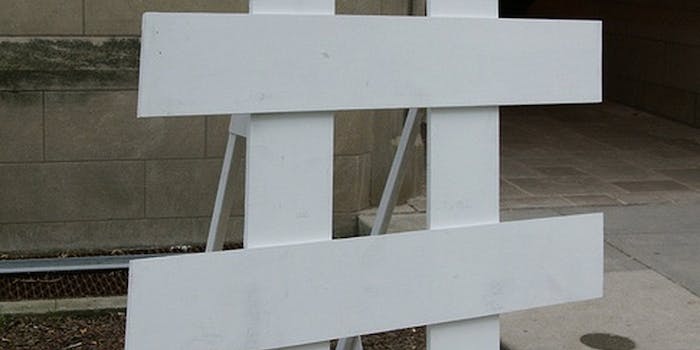 The 10 most popular Twitter hashtags of the past year

In honor of the five-year anniversary of the hashtag, Topsy crunched the numbers behind some of Twitter's most popular tags.

“how do you feel about using # (pound) for groups. As in #barcamp [msg]?” Messina tweeted.

Fast forward five years, hashtags are as much a part of Twitter as @replies and direct messages. They’ve become part of the fabric of the Web as a whole, finding their way into other networks, movie marketing, and even legal decisions.

Coincidentally, the Daily Dot and the hashtag share a birthday—although they’re four years apart. To commemorate both occasions, we teamed up with Topsy to discover the 10 most popular hashtags from the last year and the top three tweets for each.

It’s difficult to determine the most popular hashtags by the pure volume of tweets, though I’d take a guess that #FF (or Follow Friday, for recommending people to follow) is up there. Instead, Topsy used a metric called Momentum, which is described as “a measure of the combined popularity of a link and the speed at which that popularity is increasing.”

Note then, that these aren’t necessarily the 10 most popular hashtags overall, just the ones that have had sustained popularity over the last year. Another caveat: This list only relates to English-language hashtags.