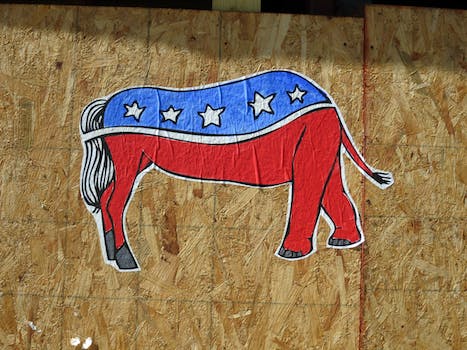 Unlike every other place on the planet, Wikipedia is not a cesspool of partisan bickering.

On the Internet, political ideologues live within echo chambers of their own making. Conservative blogs link to other conservative blogs, liberal blogs link to other liberal blogs. Reddit’s r/ronpaul upvotes libertarian opinions, and punishes socialists who poke their heads in with a storm of downvotes. But there’s at least one place on the Internet that doesn’t deteriorate into ideological, warring fiefdoms.

On Wikipedia, users aren’t afraid to talk to their political enemies. And perhaps most intriguingly, according to a new study, they care as much about being “Wikipedian” as they do about being a Republican or a Democrat.

Welcome to the nation state of Wikipedia.

The study, published by a team of researchers from the University of Southern California and Barcelona Media, looked at the behavior patterns of self-identified Republican or Democratic Wikipedia users. There’s a box you can show on your public user page that will advertise your party allegiance. Wikipedians who reveal their political leanings are a lot more likely to edit articles on politics, the researchers found. But when they discuss those articles they don’t shy away from ideological opponents. In other words, unlike everywhere else on the Internet, they don’t seek out people they agree with and shun people they disagree with. Instead, both sides are highly engaged in the debate.

There’s also a box you can check that will publicly identify you as a “Wikipedian.” Perhaps predictably, a lot more users check that box than any party affiliation box.

“The results indicate that the social identities of being a member of a political party and of being a Wikipedian may be equally important,” the researchers concluded.

“The results of our analysis show that despite the increasing political division of the US, there are still areas in which political dialogue is possible and happens.”

That conclusion actually correlates with another recent story. Earlier this year, researches  examined more than Wikipedia 70,000 articles using an analytical technique intended to discover bias in newspaper articles. They discovered that Wikipedia articles have become less and less biased over time. Whereas the encyclopedia once leaned Democratic, it now leans neutral. The researchers concluded that’s because the userbase has become a lot more diverse than it was in the early days. But maybe its also because conservative and liberal Wikipedians aren’t afraid of actually talking to each other.