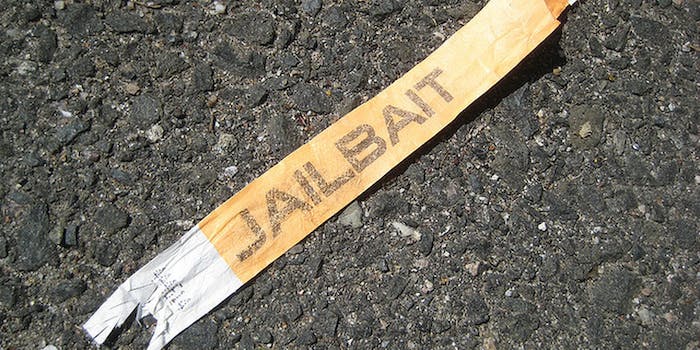 Reddit's controversy-courting teen-pics section is gone. Does that close the book on photos of teens posted online?

As the dust settles from last night’s ban of controversial teen-pics section r/jailbait, Reddit users are in equal parts cheering, mourning, and wringing their hands.

But one thing is very clear: Nothing’s really changed.

Sexualized photographs of teenagers are right where they always were. If you want them, you can find them. Reddit still hosts more than a dozen sections that link to such images, from r/asianjailbait to r/malejailbait to r/bustybait.

These sections, like jailbait before them, are little more than link repositories. None of the images are hosted on Reddit. The majority reside on the servers of free image-hosting site Imgur.

Earlier today, I asked Imgur if it had any plans to remove the photographs (all of which are easily accessed here; while arguably legal, they’re not safe for work).

“I’m not interested in doing a story about jailbait,” he told us.

No one seems to want to talk about r/jailbait, in fact. Reddit staff members still haven’t replied to our request for comments.

That leaves Reddit users and the media with nothing to do but speculate on the stated reason—that r/jailbait “threatened the structural integrity” of Reddit. Dozens of threads discussing r/jailbait have popped up across the site, many of them attracting thousands of comments. At least three have hit the site’s front page.

Everyone wants to know: Why exactly was the section closed down?

The most likely cause, as we noted last night, is that users of the subreddit appeared to be exchanging private messages requesting and somehow receiving child pornography. (It’s impossible to attach files through Reddit messages, so any file exchanges would have taken place elsewhere.)

“This was never about the picture, or the [messages], or any [child pornography],” he wrote on Reddit. “It’s all about the admins trying to contain the outrage, and calm the masses of ignorant and angry redditors bringing them bad press.”

The closure has, in fact, come at the end of a bad couple of weeks for Reddit’s public image. Gawker’s Adrian Chen and CNN’s Anderson Cooper have hammered the site with criticism for keeping r/jailbait open.

Last week, in an interview with the Web podcast TJ and The Tux, Reddit cofounder Alexis Ohanian, who left the site in 2009 but recently returned in a more active role as an advisor and member of a newly created board of directors, directly responded to the allegations from Cooper.

While Reddit now has a large audience that’s hard to duplicate, it’s easy to set up a message board to post links with free tools like PhpBB.

Ohanian also said that parents need to educate their children that once they take an image and send it in digital form—as an email, text message, or social-network post—they should expect it to become public.