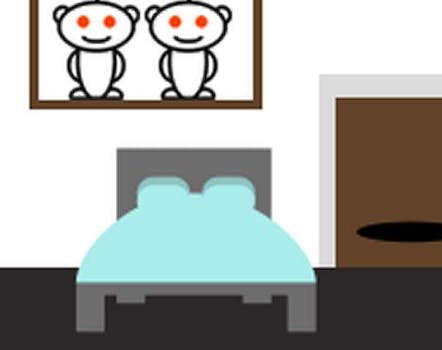 These are the plans for Reddit’s dream house

A faucet that dispenses chocolate milk, a wall made of ant farms, and an aquarium full of sharks? Yeah, Reddit's dream house has it all.

A faucet that dispenses chocolate milk, a wall made of ant farms, and an aquarium full of sharks are just some of the things featured in a mockup of Reddit’s dream house.

The blueprint was created by real estate blog Movoto from a three-month-old Reddit post that asked the community, “If money wasn’t an issue, what would you make sure to have in your dream house?”

“A tower, I always wanted a house with tall tower,” Bananus_magnus commented. “Ideally with a glass dome on top, so you can see stars at night. The glass dome would be openable like the domes on telescopes.”

Movoto has taken some of these suggestions and fashioned them into the following infographic. But as is often the case with buildings, there’s not enough space for everything.

“As we’ve all learned, anything is possible, so we wanted to highlight some of the more practical aspects of the Reddit dream home,” Movoto’s Nick Johnson told the Daily Dot. “Actually, if we had taken all of them into account, the Reddit dream home be quite huge. But it would have to be, because I bet word would spread and several million Redditors would want to live there! Overall, I bet some home designers might have been a little inspired by that thread!”

While the concept might seem like a long shot, it’s not as impractical as it seems. Last year a homebuilder in Central Texas started incorporating popular Pinterest items into all of its model homes.