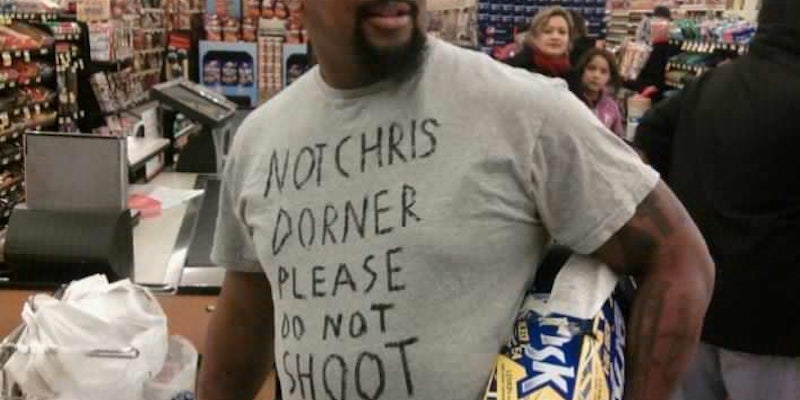 This image was posted to the social network by Cop Block, an advocacy group that aims to bring accountability to police departments and ensure that they don't abuse their badges. 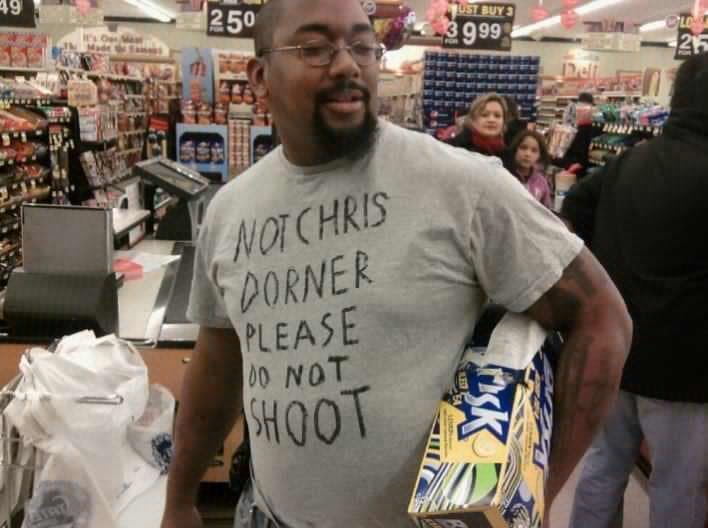 Regardless of where you stand on alleged murderer and fugitive Christopher Jordan Dorner, one thing is certain: The Los Angeles Police Department has done a less than stellar job at capturing the ex-cop wanted for three murders.

So far, the LAPD’s hunt for Dorner has resulted in the shooting of three different individuals, including a mother and daughter duo who were delivering newspapers in the Los Angeles suburb of Torrance, Calif. Police opened fire on the pair after their vehicle—a royal blue Toyota Tacoma—was mistaken for the one Dorner was suspected of driving—a dark-colored Nissan truck.

This perceived ineptitude is likely why the following photograph has been so popular on Facebook.

The image was posted to the social network by Cop Block, an advocacy group that aims to bring accountability to police departments and ensure that they don’t abuse their badges.

In the three hours since the photo was uploaded to Facebook, it has been shared more than 5,500 times.

The post has also garnered close to 300 comments, most of them condemning the LAPD for its reckless behavior.

“Considering the LAPD can’t get any colors/genders/vehicle types right, I think all people in L.A. need this shirt,” opined Jennifer Anker.

With this backlash against the LAPD, perhaps it’s no surprise then that Dorner finds himself with multiple fan pages on Facebook.