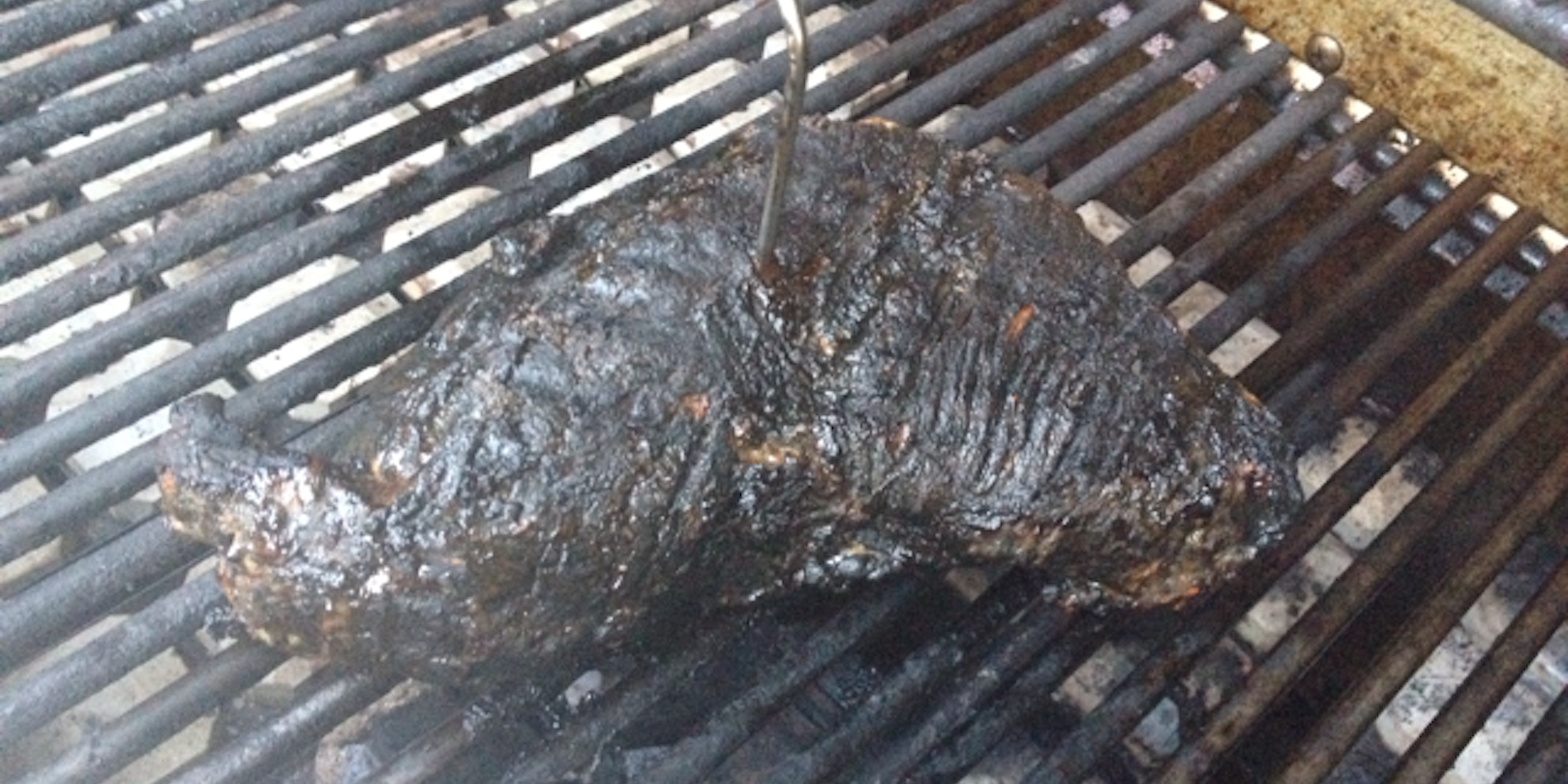 And no, he didn't kill the cow himself.

The future is now: Mark Zuckerberg announced to the world Sunday night that a new app lets him tell people he was grilling a steak.

It seems like a joke, but it isn’t. “I updated my grilling app, iGrill, today, he wrote as a status update. “It now has Facebook integration that lets you see what other people are grilling right now around the world.”

So far more than 42,000 people have liked Zuckerberg’s announcement. Many commenters jibed him for Facebook’s poor showing in the stock market.

Don’t be deceived by his meat’s seemingly burnt color. He’s eating a Fred steak from Schaub’s Market in Palo Alto, CA, which is known for a secret marinade that makes even raw steaks seem blackened.

iDevices, the company that makes the iGrill, isn’t confined to just helping the world’s grillmasters share in real time what kind of meat they’re working on. It’s also responsible for a product called the iShower, an extension speaker for iPhones that you can get wet. Unfortunately, the iShower does not post your showering status to Facebook as you might expect, given the functionality of the iGrill. But we like to think that if it did, it would offer options like “lathering,” “rinsing,” and “singing.”

Some users were confused, since Zuckerberg announced in 2011 that he was only going to eat meat he personally killed.

“You still killing everything you eat?” asked Tom Maxwell.

But that was 2011. Zuckerberg embarks on a new personal challenge each year, and apparently that’s now over. This year it’s a bit more boring: he’s pledged to spend time coding every day.