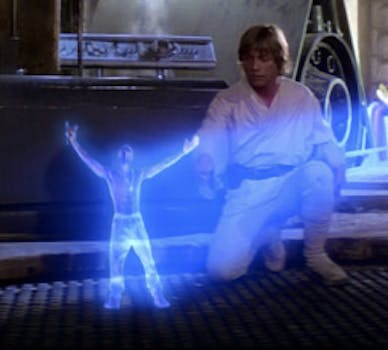 How to get more followers: Tumblr star The Frogman shares his secret

Benjamin Grelle is an outspoken critic of online image thieves. Grelle, who most Tumblr users know as funnyman The Frogman, has often come forward about how theft hurts his livelihood.

Image theft has been an enormous problem for Grelle, whose humorous Photoshops have attracted imitators and impersonators on Tumblr, Reddit, and elsewhere. After one of his recent creations—a Photoshop mashup of the Tupac hologram and a famous scene in Star Wars—became a massive online hit under somebody else’s name, Grelle took to Tumblr.

But instead of his usual venting rant, the Tumblr star offered would-be thieves the secret to his own Internet popularity.

“For some reason, people are under the impression that [claiming my images as their own] will get them oodles of followers. This annoys people. It does not make them want to follow you. Tricking people into following you does not work.”

Instead, Grelle argued, there’s only one way to get more followers. Constant, consistent effort.

“The more effort you put in, the more followers you will receive,” he wrote. “Cheap tactics may get you a couple of followers here and there. But effort is by far more potent.”

If stealing isn’t profitable, why do so many people do it?

“Stealing does work for a while,” Grelle told the Daily Dot. “But the nice thing about blogging within the Tumblr community is that you attain many loyal friends and followers. They become fierce watchdogs. It does not take long for the masses to spot a content thief. And when they do, they attack.”

Even if nobody catches them, however, Grelle said thieves aren’t able to keep it up.

“The reason this doesn’t work in the long run, is that in order to keep those followers, you have to maintain a certain level of quality. People will not continue to follow you if don’t deliver consistently. Effort gets you more followers, and it keeps them from unfollowing.”

Although a number of thieves are currently profiting off of Grelle’s and others’ work (we’re looking at you, The Chive), the Tumblr star’s followers have his back. The feedback on Tumblr shows he’s largely preaching to the choir.

“The Frogman is right, too,” Tumblhurr wrote. “I hate it when I try to click on an image for the high resolution picture and I’m brought to some stupid collection website where they repost other people’s work.”

Added WavingPeople: “More often than not, I come across things that I really enjoy and I just want to at least take a look at the site of whoever made them but end up on some spam blogs.”

Misattribution hurts both content creators and content consumers, but it doesn’t seem like it’s going to slow down anytime soon. Unless, that is, the thieves start spreading The Frogman’s anti-stealing messages, too.