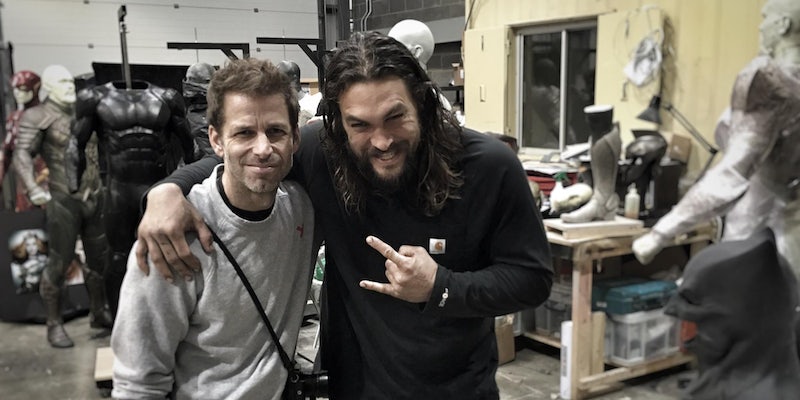 And who's that woman in a painting near the floor?

We still have a month to go before Batman v Superman comes out, but DC fans are already speculating about the long-awaited Justice League movie.

In a photo posted to Twitter on Monday night, director Zack Snyder revealed what many fans believe are some of the costumes for Justice League. The picture shows Snyder posing with Jason Momoa (Aquaman) at Warner Bros.’ Leavesden Studios, and in the background you can see various items of body armor including the Flash‘s costume.

Deep in it with Jason on JL #Aquaman #JusticeLeague #Leavesden @PrideofGypsies pic.twitter.com/3BIgebQvHF

Warner Bros.’ Flash will be played by Ezra Miller, with no connection to DC’s TV franchise. With Justice League due to start filming in April, the suit in the photo is likely to be the one we see onscreen—a shinier, more armored version of the suit worn by Grant Gustin in The Flash.

The photo also includes a version of Momoa’s Aquaman suit, along with an unfinished set of black body armor—potentially a costume for Aquaman supervillain Black Manta, but more likely a base layer for a more familiar character like Batman. 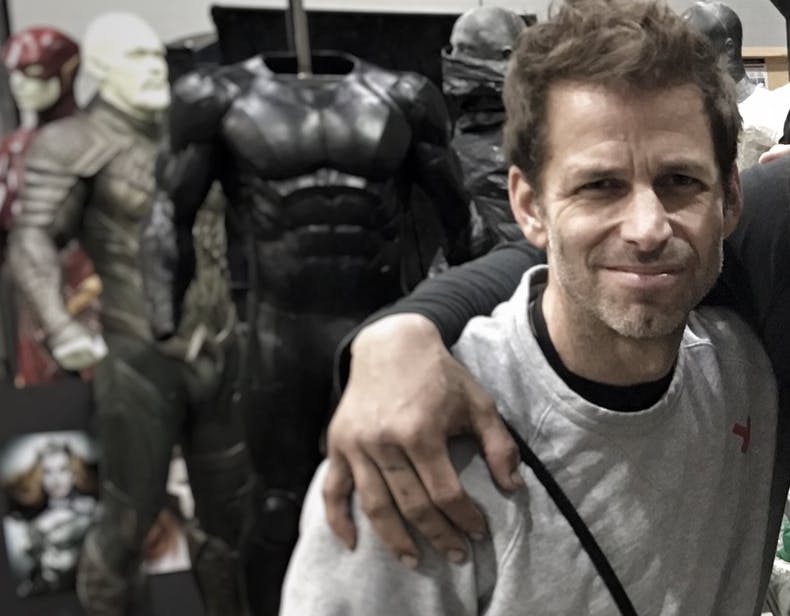 More intriguingly, there’s a piece of concept art behind Snyder depicting a female character that may be Mera, Aquaman’s wife. Could the Queen of Atlantis be coming to Justice League? Or is Zack Snyder just trolling us all?