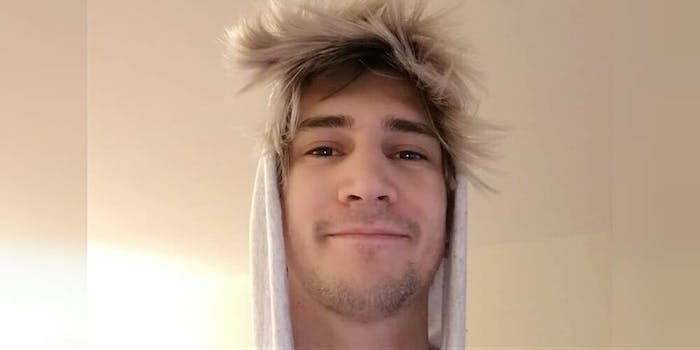 Making fun of ‘Twitch thots’ is still a thing, apparently

Popular Twitch streamer and professional eSports player Félix Lengyel, known as xQc, treated his viewers to an “impression” of so-called “Twitch thots” in a recent stream, because the misogynistic label just won’t go away.

The idea behind “Twitch thot” is that some women on Twitch use their bodies and sex appeal to build an audience, rather than create “quality content.” For some reason, it really bothers certain people (i.e., misogynists) that women can make a lot of money, and they just can’t accept that a woman can be attractive and good at what she does. Whom this label applies to seems to have little to do with the popularity and content of the streamer, as some of the most popular women streamers on Twitch have been harassed and doxed for being so-called “Twitch thots.”

xQc tapped into this sexist stereotype on his Dec. 20 stream, and one fan apparently thought it was so clever that they uploaded a clip of the moment titled “ANOTHER TWITCH THOT.” In the clip, xQc is waiting for a game of League of Legends to load when he suddenly says, “Sorry boys, I dropped my controller.” He gets up, standing with his legs on his chair and leans over onto the bed, putting his butt in full view. He pretends to look for the controller, repeating, “I got it, I got it” while sticking his butt at the camera. After dragging out the gag for as long as possible he returns to the camera and says, “I picked it up, sorry about that.”

Fans of xQc see this as classic Félix humor; he is known for trash talking other players. But his brand of “classic” is the problem. xQc has a history of getting in trouble for disrespecting professionals in the Overwatch League. He was suspended and fined multiple times for homophobic remarks against a fellow player, disparaging comments towards Overwatch casters, and more, and eventually had to part ways his Overwatch League team, the Dallas Fuel.

So with this basic, humorless gag, perhaps it is time to finally put the nail in the old “twitch thot” coffin and, I don’t know, treat women as people.

Editor’s note: Updated to clarify a fan uploaded the clip.