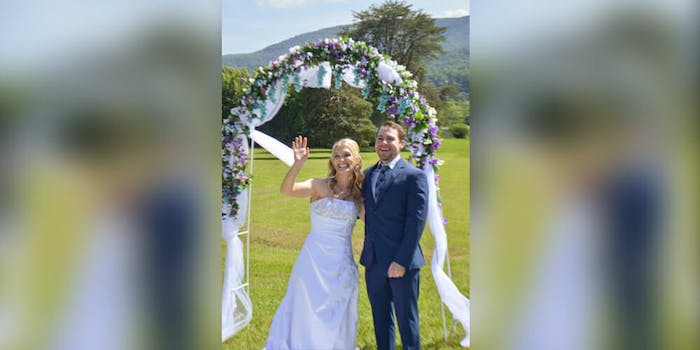 For better, for worse; for richer, for poorer; atop the Gamerscore leaderboard, or not.

After 11 years with the world’s top Gamerscore on the Xbox platform, Ray “Stallion83” Cox dropped to second place after taking time off to get married and go away on his honeymoon.

According to Eurogamer, Cox has held the world record Gamerscore “since Achievement-hunting first became a thing,” but he lost the title to longtime opponent Stephen “smrnov” Rowe this past weekend. Upon the @XboxAchievements Twitter feed calling him out for the slip, Cox had the perfect response:

I've been too busy having all the sex. pic.twitter.com/aFNpwuaDY1

After getting married in early June, Cox and his wife took a quick trip to attend E3 before heading out for their honeymoon. (His bachelor party was streamed on Twitch, as any good gamer’s should be.)

For his part, Rowe doesn’t think he’ll maintain the top spot for long, since his goal is to play games to completion rather than trying to rack up the most points in whatever way necessary. But he did take the time to write out his sincere thanks to his community of gamers for helping him get there with walkthroughs and moral support.

With the two sitting just 5,600 points apart (smrnov has 1,591,450 to Stallion83’s 1,585,854), the shakeup could happen again any day now. Meanwhile, hopefully Rowe is enjoying his time at the top, because soon the honeymoon will be over for both of them.