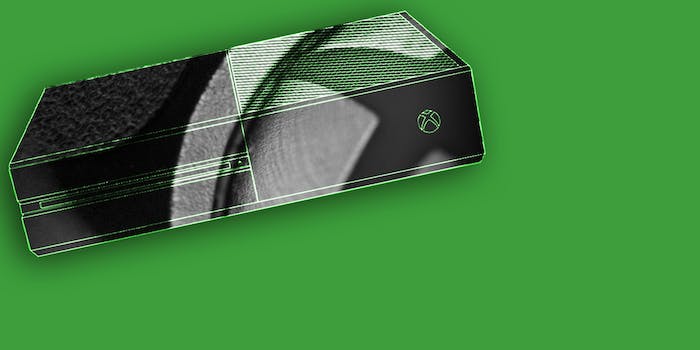 Could Xbox be getting better graphics? Not so fast

Read this before you get excited.

The head of Microsoft’s Xbox division, Phil Spencer, announced Wednesday on Twitter that game developers will have access to more GPU bandwidth “to make games better” on their Xbox One development kits.

Later that day, Microsoft confirmed that it isn’t because anything’s being added. It’s due to the Xbox One no longer requiring the Kinect camera, adding  “10 percent additional GPU performance.”

You can see from the responses to Spencer’s tweet that gamers are already excited about this news. The Xbox One just doesn’t measure up to PlayStation 4 in the graphics performance department and gamers were immediately hopeful this could close the gap.

Here’s the thing, though—10 percent more GPU power doesn’t necessarily equal “better graphics,” at least according to the game developers I spoke with. This announcement has less to do with a more powerful Xbox One than it does with closing the books on the marketing disaster that was 2013 for Microsoft.

A GPU in a video game console is roughly defined as the part of the console that controls the quality of the graphics in a video game. A development kit is software that allows programmers (read: game developers) to write games for a particular piece of hardware. By making this change to the Xbox One development kit, game developers will now be able to tap into another 10 percent of the processing load—the amount of data being handled—by the GPU, because the GPU no longer has to worry about processing data coming in from the Kinect camera.

This slight increase in power may not allow the Xbox One to do anything new. It may allow the Xbox One to do what it is already supposed to do, better. For instance, I’ve seen “screen tearing” a lot on my Xbox One games. Imagine you’re watching a movie, and there are moments where the top half of the screen shows the current frame you’re viewing, and the bottom half of the screen is showing you the previous frame, like the bottom half of the movie is trying to catch up. That’s screen tearing.

To be fair, I don’t currently own a PlayStation 4, so I can’t speak to whether I’d see as much screen tearing on that system. I do see it a lot on my Xbox One.

Screen tearing happens because the GPU can’t keep up a steady framerate—the rate at which new frames are drawn on the screen—when the camera is panning across, say, a visually-complex landscape. The GPU has to draw a lot of elements very quickly when that happens, because what you see in the frame obviously changes as the camera changes position. Freeing up the extra GPU power could make it easier for the Xbox One to keep up a steady framerate when the camera pans, which would improve screen tearing issues.

There’s also the question of how a GPU functions, according to the developers I spoke with. A GPU has pipelines—think bandwidth—for different tasks. One pipeline might be painting pixels, or adding color to the frame. Another pipeline might be used for transforming geometry, or changing the shapes of things on the screen. Unless we know where this extra GPU power is going, we can’t know what the actual graphical improvements for the Xbox One will be.

We can suggest that graphics performance will be smoother, but not necessarily that gamers will suddenly see higher frames per second or screen resolutions as a result of this change. So let me put this announcement into a different context, by way of trying to get at what this is really about.

It is the week before the Electronic Entertainment Expo in Los Angeles. Last year at E3, Microsoft had a lackluster (at best) press conference wherein they promoted the Xbox One, and impressed no one. Microsoft was also still reeling from gamer reaction to some very unpopular policies they’d intended for the new console, like not using physical discs for games (which meant no one could return them to GameStop for store credit toward new games.) Or making it mandatory that all Xbox One consoles be online, all the time, for full functionality (which would suck for people with shoddy internet.) Or that the Kinect camera, which wasn’t terribly popular for the Xbox 360, would be mandatory with the Xbox One (which resulted in a $100 higher price than the chief competitor, Sony’s PlayStation 4.)

All of those policies have since been rescinded. And beginning Monday, the same day as Microsoft’s pre-E3 press conference, the Xbox One will go on sale for $399, a hundred bucks cheaper than the current price. The decreased price is due to the Kinect camera no longer being bundled with the system.

Microsoft has now checked, or seemingly checked, all the advantages that the PlayStation 4 had over their Xbox One console. Microsoft supports used games, the console doesn’t have to be always online, they dropped the Kinect and consequently the price of the console, and now they’ve seemed to address the graphic deficiencies compared to the PlayStation 4.

Sony took huge advantage of the differences between the two consoles at their E3 press conference last year, particularly on the subject of used games. Sony has a 2-million-unit lead on consoles sold to consumers, meaning there are at least 2 million more PlayStation 4 consoles in peoples’ homes than Xbox One console.

I understand Spencer’s announcement about “more GPU bandwidth” as trying to tie up all the loose ends of the marketing flop. Microsoft now needs to go on the offensive. Trying to do so from as clean a slate as possible is a smart move.

Still, gamers should be cautious about getting their expectations up. That, in the end, could actually do more harm to Microsoft’s cause.