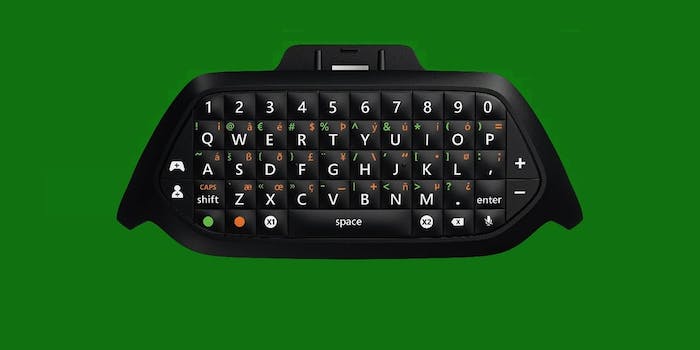 During Microsoft’s Gamescom press conference in Cologne, Germany, it announced a slew of improvements and features coming to Xbox One later this year.

Among them is a full QWERTY chatpad that will attach to the bottom of an Xbox One controller. It will allow users to type without having to use the cumbersome onscreen keyboard.

The chatpad will also make it easier to record in-game content, capture screenshots, or launch certain apps with the touch of a button.

Microsoft also announced DVR functionality to record over-the-air content. That means users will be able to record television shows, store them on an external hard drive, and stream that content to Windows 10, Android, and iOS devices. Users with Windows 10 phones, tablets, or PC’s can actually download that content and watch it offline.

The chatpad will release this November and pre-orders have already begun. It will set gamers back $34.99. You can expect the DVR update sometime in 2016.