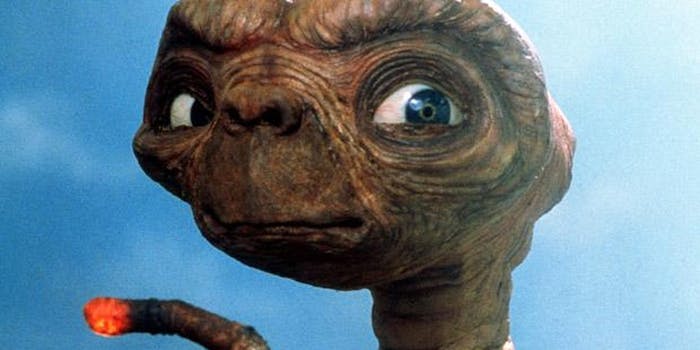 Thousands of copies of E.T.: The Extra-Terrestrial are supposedly encased in cement beneath a New Mexico landfill.

Legend has it that the worst video game of all time needed an extraordinary burial.

In 1983, the Alamogordo Daily News reported that Atari brought between ten and twenty truckloads full of E.T.: The Extra-Terrestrial cartridges to a landfill. E.T., widely considered the worst commercial disaster in gaming history, was crushed, encased in cement, and buried below the earth in Alamogordo, New Mexico.

The landfill was supposedly chosen because it was extraordinarily efficient. Scavengers were chased off and garbage was crushed and buried nightly.

For 30 years, gamers have wondered whether they might find old copies of the game buried in the deep deep or if the legend was true at all.

Now, after several denied applications, the New Mexico Environment Department has approved a dig for the cartridges as part of an original documentary for the Xbox. The film is  part of a series commissioned by Microsoft led by Emmy and Oscar winning filmmakers (and cousins) Joshua and Simon Chinn.

Warner Communications, which bought Atari in 1976, tasked legendary game designer Howard Scott Warshaw with designing ET. But eager to cash in on the recently-released film’s success, the company gave Warshaw just six weeks to create the game, about 8 months short of a normal time frame.

The result? A mess of washed out, pixelated blobs. The player character spent most of the game falling into holes from which there was no escape.

If Microsoft doesn’t find the crushed cartridges in the New Mexico dirt, is Area 51 next?