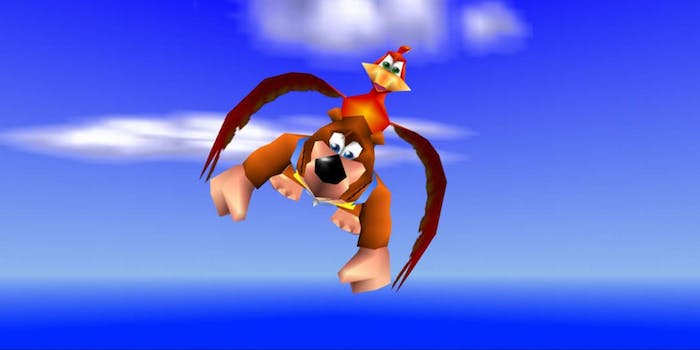 The head of Microsoft‘s Xbox division is apparently a fan of Nintendo’s Super Smash Bros. franchise.

Shortly after Nintendo launched a program to let fans recommend characters for the next Super Smash Bros. game, Xbox chief Phil Spencer tweeted that he wanted to see the series incorporate Banjo from the Banjo-Kazooie series that Microsoft has published since 2008.

@PedroDarkinson I think it would be cool if Banjo was in the next SSB DLC. We've worked with Nintendo on Rare IP before, no issues.

There’s a good reason why Spencer chose Banjo over a character like, say, Halo star Master Chief: Banjo-Kazooie, the 1998 Nintendo 64 game that launched the eponymous series, was developed by Rare, which Microsoft acquired (along with all of its intellectual property) in 2000. In 2009, Microsoft re-released the first game on its Xbox Live Arcade platform.

Fans all over the Internet have been throwing suggestions at Nintendo for a new Smash character, from Dragon Ball Z‘s Goku to obscure Internet jokes like Coldsteel the Hedgeheg.

Screengrab via Gamerscoreblog/Flickr (CC BY 2.0)