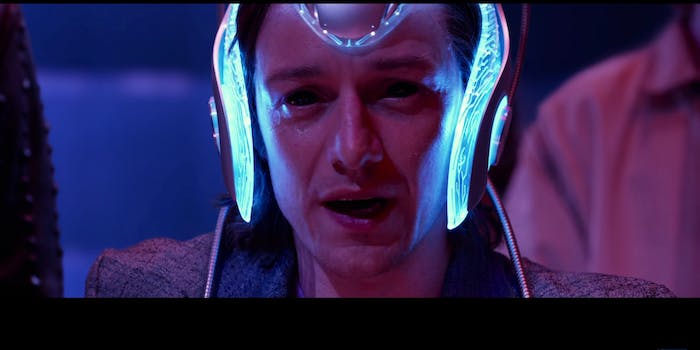 The gang’s all back (with one big exception) in the ‘X-Men: Apocalypse’ trailer

Can our heroes defeat their most formidable foe yet?

X-Men fans, your day is finally here: Fox just dropped the new trailer for X-Men: Apocalypse and it packs quite a wallop.

The gang’s all here (minus Wolverine), the Eric/Charles rivalry is still going full-throttle, Jennifer Lawrence is in total command as Mystique, and we even get a glimpse of Game of Thrones‘ Sophie Turner as Jean Grey.

Oh, yeah, and there’s an epic battle to halt the end of the world.

X-Men: Apocalypse introduces one of the team’s main protagonists, Apocalypse, a.k.a. En Sabah Nur, played by Star Wars: The Force Awakens star Oscar Isaac. Apocalypse, as we learn from the trailer, is an age-old supervillain with formidable powers—and the ability to tempt even a perennial hero like Professor X over to the dark side.

It appears that Fox and longtime franchise director Bryan Singer are far from being ready to turn the franchise over to Marvel. Judging from the trailer, it looks like they’ve gone all-out to give X-Men fans the film they’ve been waiting for—even without Hugh Jackman.