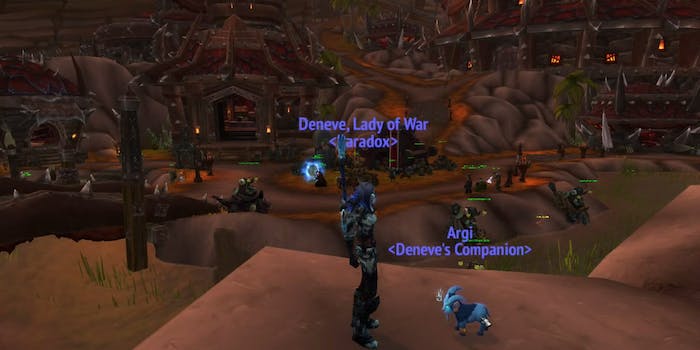 The gaming community has rallied around an important cause.

Fans of the long-running popular massively multiplayer online role-playing game World of Warcraft raised $1.9 million for the Red Cross to help with Ebola Relief. It was a beautifully simple process.

Blizzard Entertainment made a downloadable piece of content, a pet named Argi, available as a charitable download. As long as players purchased the “cute little intergalactic nibbler” before Dec. 31, proceeds benefited the Red Cross.

Adopting Argi would set players back $10.

Earlier this year gamers came together for Awesome Games Done Quick, a week-long video game speedrunning marathon in which viewers could throw in money to help the Prevent Cancer Foundation. Gamers donated a record-breaking $1.5 million.