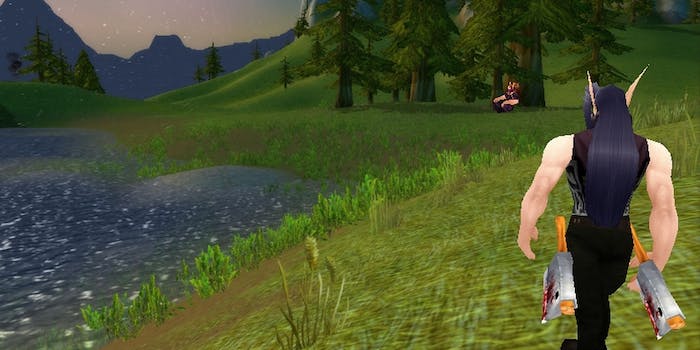 A crime committed in Azeroth could soon come back to haunt you in the real world.

If you steal something in World of Warcraft, should that be a crime punishable by a real-world law?

According to U.K. politician Mike Weatherley, it should be. The Conservative Member of Parliament and avid online gamer recently proposed a law that would “ensure that cyber criminals who steal online items in video games with a real-world monetary value received the same sentences as criminals who steal real-world items of the same monetary value.”

“If you’ve spent £500 on building up your armed forces and someone takes them away online, I guess you can feel hard done-by and you want your £500 back,” he later told Buzzfeed. “People shouldn’t be doing it.”

Lawmakers have been struggling for years over how to treat events that take place in games like World of Warcraft.

In 2008, a Japanese woman was jailed for “murdering” her husband’s avatar in the game Maplestory, charged with illegally accessing his computer and manipulating data. And according to one of Edward Snowden’s more bizarre leaked documents, the NSA deems WoW important enough to send agents undercover using Warcraft avatars.

When it comes to in-game theft, there are a couple of different sides to the story. While it’s undeniably frustrating to discover that someone has stolen online goods that you paid for using real-world money, some might argue that theft is simply part of the game. And it’s hardly as if you can charge someone for assaulting your in-game Avatar. World of Warcraft does have “war” in the title, after all.