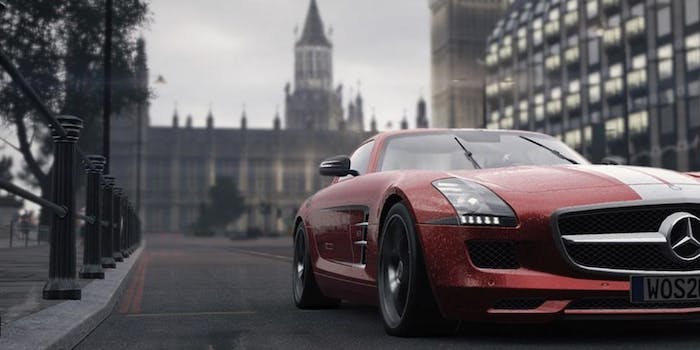 When you think of free games, images of farm animals or birds flying at piggies come to mind. It seems that developer Slightly Mad Studios wants to change that. The developer that was behind 2009’s rather excellent Need of Speed: Shift wants to prove that free doesn’t have mean cutesy graphics and casual gameplay.

Slightly Mad has released a few screenshots and gameplay videos of World of Speed that have left gamers stunned. The car racing visuals look absolutely gorgeous, with full in-car models as well as dynamic weather effects. The game holds its own to much more established franchises like Gran Turismo or Forza Motorsport.

“It’s very obvious when you start putting walls into your game that require people to pay money to get over,” creative director Andy Tudor told Edge Online. “I don’t know why games do it; we’re certainly not going to do that, ever. It’s also annoying when another player gets an advantage because they’ve put money into the game. We will never have a super-nitrous pack that will allow somebody to accelerate away from you. We expect you to get to the upper echelons of the game, with the best kit and best cars, and not have spent a single penny.”

Gamers have pointed out that sound and physics aren’t where they should be, but Slightly Mad Studios has gone out of its way to say these trailers are all work-in-progress. The gameplay, visuals, and audio are still subject to change.


Photo via World of Speed