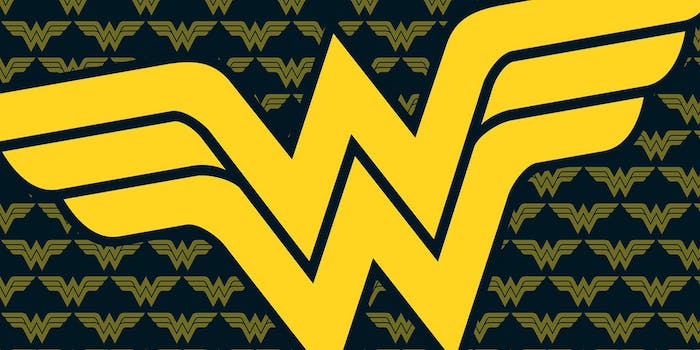 Just days after Michelle MacLaren split, Patty Jenkins has signed onto the project.

It was a shame to see Michelle MacLaren leave Wonder Woman a few days ago—her experience directing episodes of Game of Thrones would have made this a perfect project for her jump to directing feature films—but gaining Patty Jenkins is certainly a silver lining to the split.

Jenkins has been owed a superhero film for a while now—the only reason that Natalie Portman signed onto Thor 2 was that Marvel agreed to hire Jenkins to direct it (the two are good pals)—but as Marvel’s developed somewhat of a “We Always Fire the First Director” rule, Alan Taylor (another GoT regular) eventually took over the reins of that film, which he allegedly despised working on (so maybe Jenkins dodged a bullet with that one).

But one Marvel firing is another DC hiring, and Jenkins is now officially steering Wonder Woman’s invisible jet.

Karmic reasoning aside, how’s her résumé look? Well: She directed Monster, an episode of Arrested Development, two episodes of Entourage while the show was still good, and the pilot episode of The Killing.

So, it’s solid. And fans are certainly liking the news:

DC to Marvel when they get Patty Jenkins to direct Wonder Woman pic.twitter.com/XK2pdo7se4

Here’s hoping that she doesn’t end up with the same fate as MacLaren (leaving over creative differences) or the same fate that she received with Marvel on Thor 2, and that we continue to see more female directors signed on to blockbuster films.

Also: As fun as it to watch DC and Marvel try and give each other middle fingers whenever possible, let’s hope we see a day when they both just concentrate on making great films (I’m definitely looking at you when I say this, DC, because Marvel’s already doing the great film thing pretty well).