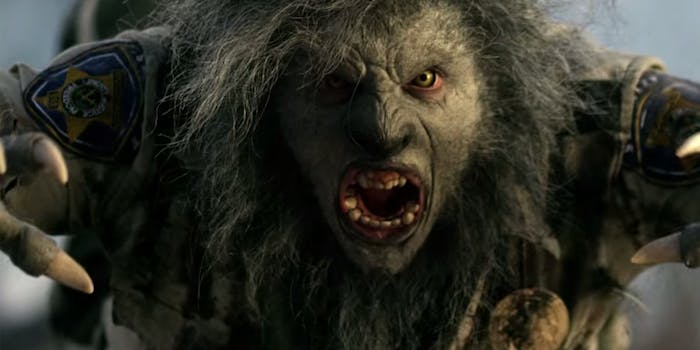 ‘WolfCop’ could be the next great thing in bad movies

We need to talk about WolfCop.

It’s been a year since Sharknado, and almost a decade since Snakes on a Plane. The world needs a new B-movie for its late-night trash cinema marathons, and that movie is WolfCop. It is, as you may have gathered from the title, about a cop who is also a werewolf.

Funded by Canadian indie movie platform CineCoup, WolfCop was inspired by the dregs of the grindhouse genre. The poster is splattered with lurid pink typeface: WOLFCOP. The main character’s name is Lou Garou (seriously). The tagline is “Here comes the fuzz.” The trailer is riddled with gnarly werewolf prosthetics, unnecessary explosions, and gallons of fake blood. This movie. Looks. Awesome.

Thanks to being a partly crowdfunded venture, WolfCop is only getting a widespread cinema release in Canada, but it looks like it may get some kind of international distribution in September. Until then, you can get a DVD copy from their Indiegogo page. Because why wouldn’t you want to watch a movie called WolfCop?