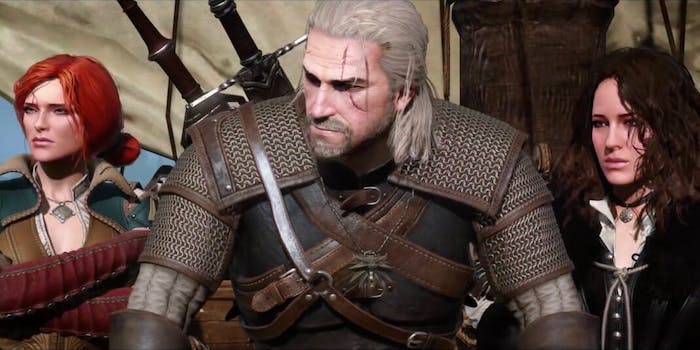 Netflix is making ‘The Witcher’ into a TV series

It will be based on the books that inspired the video game franchise.

The announcement arrived early Wednesday, which Platige Image, the Polish visual effects company behind The Witcher games’ cinematic scenes, confirmed in a press release. Sean Daniel and Jason Brown, who both served as executive producers on The Expanse, will play that role for the Witcher TV series. Platige Image’s Jarek Sawko and Tomek Bagiński (the latter who will direct at least one episode a season) will also be on hand as executive producers.

“Andrzej Sapkowski has created a rich and memorable world, at once magical and familiar,” Erik Barmack, Netflix vice president, international series, said in a statement. “We couldn’t be more excited about bringing Netflix members around the world.”

Sapkowski, who will act as a creative consultant, is also thrilled about bringing The Witcher Saga to more audiences.

“I’m thrilled that Netflix will be doing an adaptation of my stories, staying true to the source material and the themes that I have spent over thirty years writing,” Sapkowski said. “I’m excited about our efforts together, as well as the team assembled to shepherd these characters to life.”

The novels and stories from Sapkowski follow “witchers,” hunters who are able to gain supernatural abilities to fight monsters. While the company behind The Witcher games and the source material are both Polish, Netflix’s TV show will be an English language series.

Platige Image also addressed the new series on its Facebook page in both English and Polish, offering congratulations to Sawko and Bagiński in particular.

“Hundreds of litres of coffee, sleepless nights and hours of meetings are finally behind us!” it read.