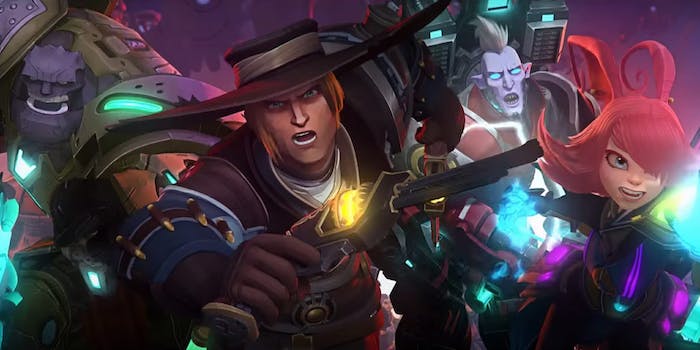 You just lost your excuse for not trying an exciting MMO.

Wildstar, the massively multiplayer online science-fiction shooter, went free-to-play today, and it’s totally worth your time to give it a shot.

Wildstar takes place on the world of Nexus, where two factions fight for control over the remains of an ancient, advanced civilization called the Eldan. Eight different species comprise the two factions, the Exiles and the Dominion. The new free-to-play launch cinematic with its Firefly-esque vibe gives you a nice taste of what the world of Wildstar feels like with its vibrant, cartoon-inspired art style.

Here are a few things to understand about Wildstar before you create a character and give the game try:

Character development leaves a lot of room for creativity. There are eight races, and some character classes are limited to certain races. However, each character class is also able to fulfill multiple roles in party.

You don’t necessarily have to decide whether you want to focus on doing damage, protecting your party mates, or healing your party, as most classes can handle all three roles. You also get to choose extra content based on how you want to play the game.

Combat does feature a lock-on system like in most MMOs, where you track the target automatically, but taking full manual control in Wildstar is more effective, if you want to get the most out of your attacks. Dodging is also manual. And all your attacks are “telegraphed,” meaning that opponents can see the direction in which you’re attack, and the area of effect for your attack.

Wildstar is a persistent, open-world MMO. You can buy and decorate homes in Wildstar, reminiscent of how the housing system worked in Star Wars Galaxies. Anyone who is primarily interested in the social aspects of MMOs should have a wonderful experience with Wildstar.

If this sounds like something you’d like to give a try, it will cost you nothing. You can start your adventure here. The MMO experts at Massively Overpowered have also put together a helpful guide for fresh Wildstar players. Good luck if you decide to tackle Nexus!