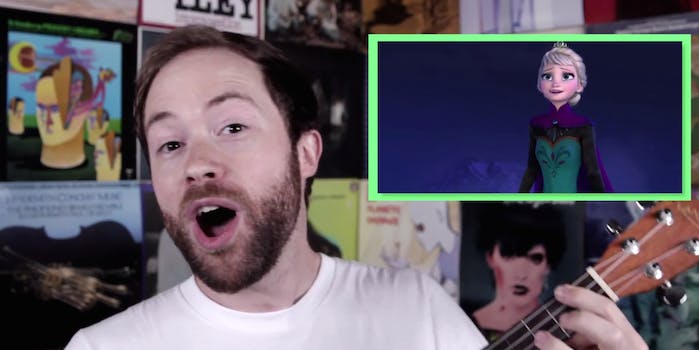 Here’s the psychology behind our love of ‘Frozen’

For the first time in forever, it's a video about why we love Frozen.

We just can’t let it go with all the Frozen talk.

It’s been close to a year since the movie came out, and some of its fans are as enamoured with it as ever. Even with the “Let It Go” fatigue, people are still discussing it, and PBS Idea Channel’s Mike Rugnetta decided to get to the bottom of it.

The fact that it’s inspired dozens of think pieces and critiques is enough to spawn another, and while it’s not the first story to turn everything on its head, he argues that it may be meaningful that Disney, the main conveyer of these fairy tales nowadays, is the one finally making a film to answer to all of the classic tropes to begin with.