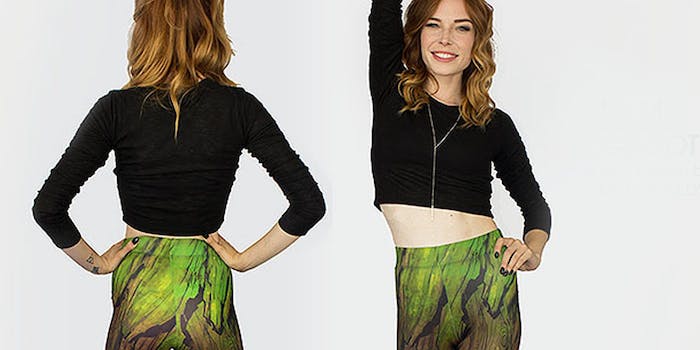 When online geek fashion retailer WeLoveFine recently launched a new leggings section, it not only revealed new Marvel-inspired leggings but also announced that two of those products would only go into production if a fan-funding goal was reached. And so leggings inspired by Iron Man and Guardians of the Galaxy’s Groot will only be made if the company receives a certain number of preorders by Nov. 25.

Fan-funding apparel is a relatively new feature for the company. Other than the leggings, a few items in WeLoveFine’s Spider-Verse collection were also looking for funding. According to WeLoveFine designer Catherine Elhoffer, this may be new for their fashion but preselling in this way has been done with their collectibles and vinyls, and is the company staying true to its tagline “for fans, by fans.”

“We wanted to start offering select fashion pieces to our fans to let them decide whether we should produce the item or not. It’s a great opportunity to engage with our fans and to get them involved and let their voice be heard!” Elhoffer told the Daily Dot via email. 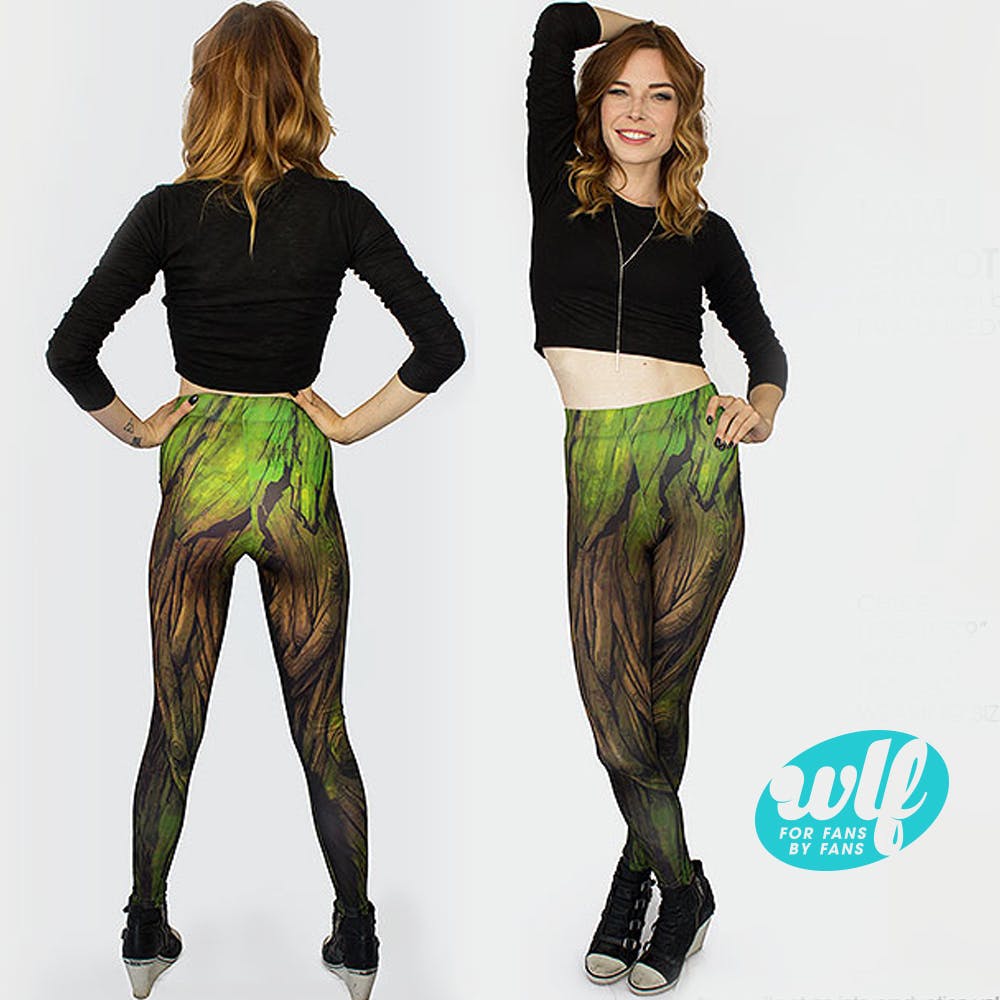 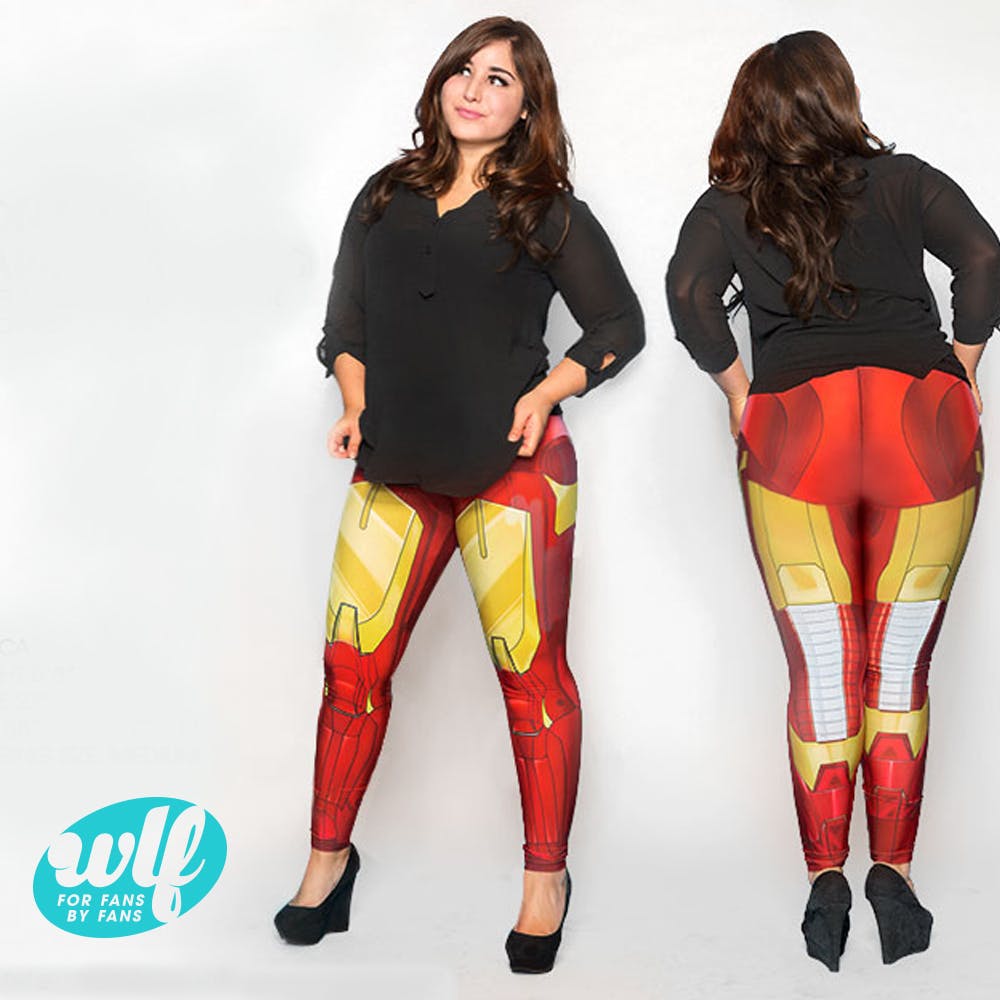 That link to customers is one of the reasons fan funding will continue at WeLoveFine. Elhoffer thinks doing this for certain items will be a regular part of future apparel lines since it also helps the company “see the initial response to the item, the sizes to focus on,” and more.

This does mean though that some fans might find themselves disappointed when unique, fun products introduced on the website don’t meet their fundraising goals. This occurred with the Spider-Verse collection and caused some fans to voice their disappointment on social media.

@welovefine Oh I know. It's just frustrating especially since Silk stuff like that can't really be found elsewhere.

@welovefine Again, not blaming you guys. I know it's just how it works. I'm just bummed.

@KayleeTonks when we want to take a risk on something we have to make sure fans will want it.

@music_junkie08 it didn't meet the fan-funding goal so it was cancelled.

@music_junkie08 items must reach their pre-order goal within the first four weeks if not they get cancelled.

For the Spider-Verse line, a very visible red bar showing how well the fan funding was going can be seen on the collection’s front page. These bars can also be found on Spider-Verse individual product pages. The Groot and Iron Man leggings so far lack this visual.

“Since this is such a new concept on the WeLoveFine site we’re trying to find ways to communicate to our customers just how well a piece is doing and make it a regular visual to communicate back to the fans how the items are performing,” Elhoffer said.

The company is updating fans on their Facebook page and Twitter account. Even if an item doesn’t meet its fan-funding goal, there may still be hope for fans who want it.

“Well, if our favorite comics have taught us anything, it’s that nothing is truly gone forever. The Iron Man leggings had been sitting on the shelf in the WeLoveFine office for a while, because no one was sure if it’d really work. By reworking the art and the legging pattern, we felt the product looked right and wanted to try again,” Elhoffer said. “Recently some of our Spider-Verse [products] offered for fan funding [weren’t] as successful as we hoped them to be. But we’re constantly reevaluating the product and [its] timing and we’ll make it available if the time is right.” 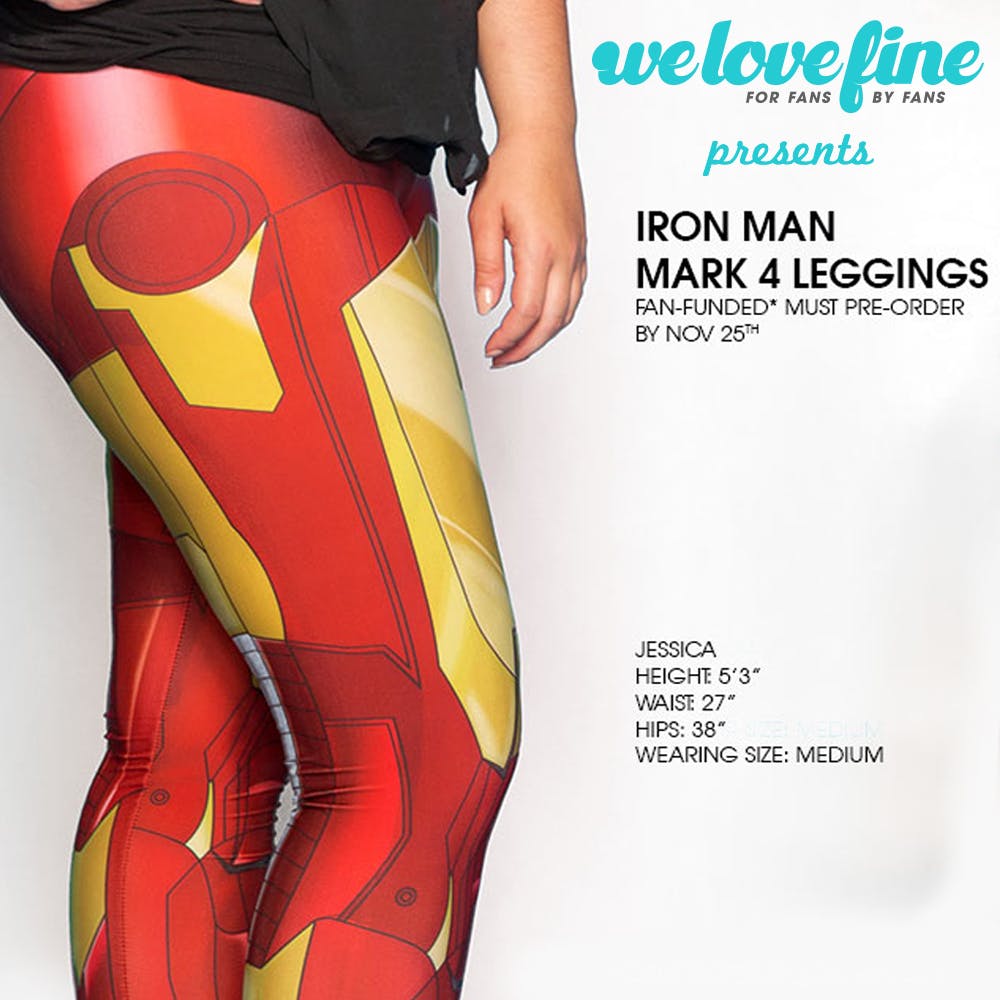 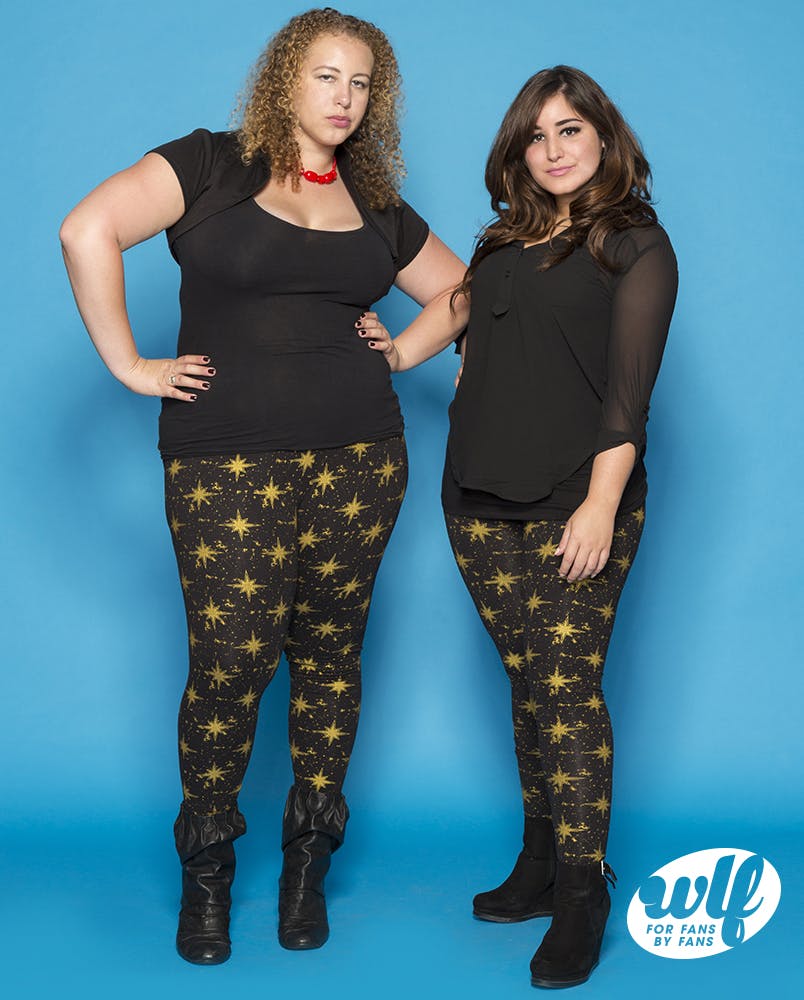 Elhoffer designed the Iron Man leggings which are inspired by the Mark IV suit while the Groot leggings were designed by Walt Disney animation studios story artist Brian Kesinger. Kesinger told the Daily Dot in an email that he brought the idea to WeLoveFine.

“I have worked with them on other licensed designs for other properties as well as collaborating with them on some apparel based on my own characters, Otto and Victoria,” he said. “At the time I was doing the art for the Groot comic over the summer and kept thinking about the three words that endeared him to audiences around the world: I am Groot. I thought to myself what if we made an item of clothing so that the person wearing them could say, ‘I am Groot.’ Admittedly it was a bit of a silly idea, but talk about a conversation starter.” 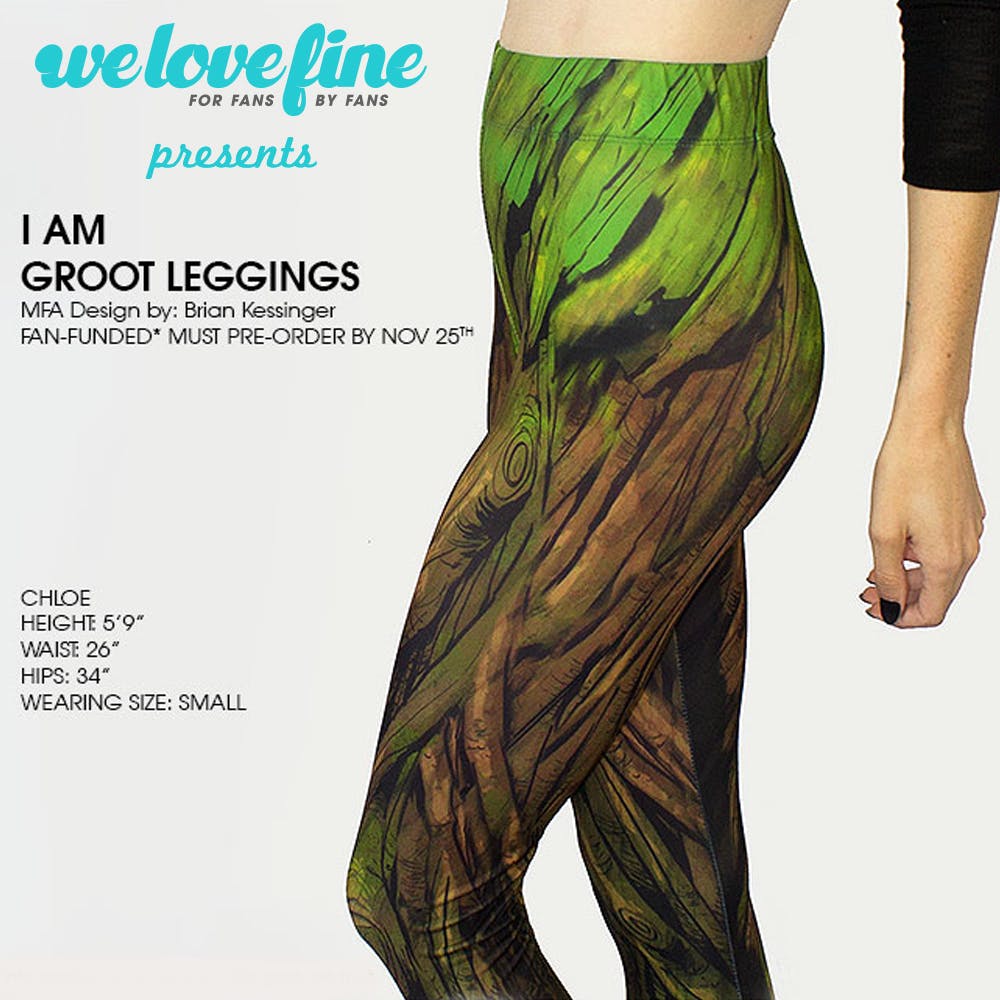 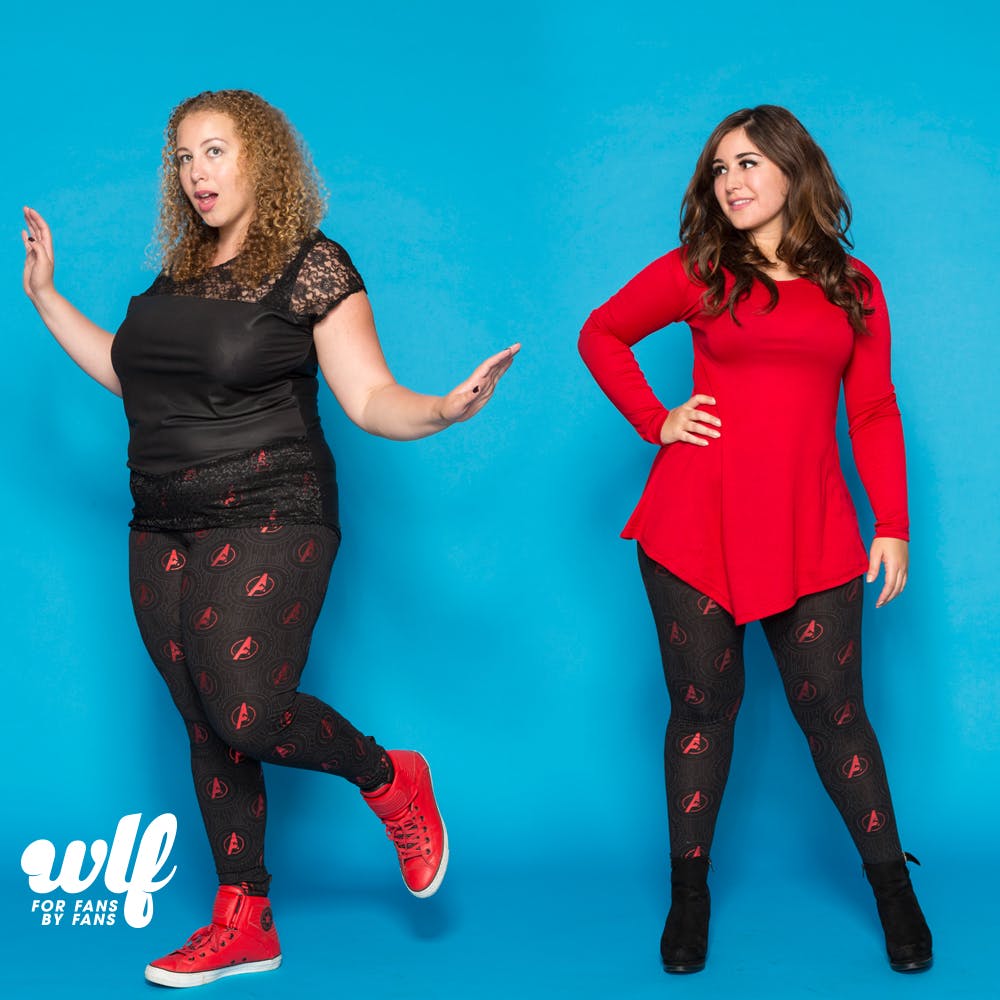 All that stands in your way to feel like Groot is the fan-funding goal. As of Wednesday, the leggings were 28-percent funded and the Iron Man leggings 20-percent funded. If funded both pairs of leggings would be $40, available in sizes S to 3XL, and would be shipped by Feb. 16.

You can see all of the leggings and find out more about their low-waisted and high-waisted styles at WeLoveFine’s new section.