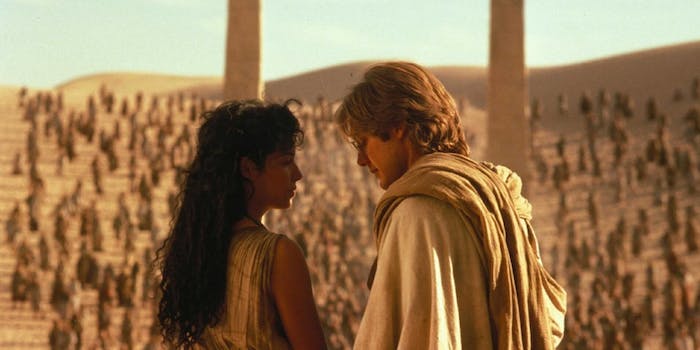 The original ‘Stargate’ movie is now available for free on YouTube

If you’ve seen Stargate, you already know why this movie is so great. If not, here’s the deal: Starring James Spader as a charmingly awkward archaeologist and Kurt Russell as a tough American soldier, it’s loosely based on those Chariots of the Gods conspiracy theories about aliens building the pyramids. The Stargate is an ancient Egyptian artifact built by a tyrannical alien race, and with James Spader’s help as a translater, the U.S. government finds a way to switch it on. It becomes a portal to another planet, and Kurt Russell leads an exploratory team to the other side.

Stargate is easily the best Roland Emmerich movie alongside Independence Day, benefiting from a great cast and beautiful sci-fi/fantasy production design. We’re happy to confirm that, unlike some nostalgic faves from the mid-’90s, it actually deserves a rewatch.

As for Stargate: Origins, it’s a 1930s prequel about the Stargate Program’s original founder, archaeologist Catherine Langford. It’s only available to members of the Stargate Command streaming service, which is basically a library of every Stargate spinoff ever made. You can check out the trailer here.