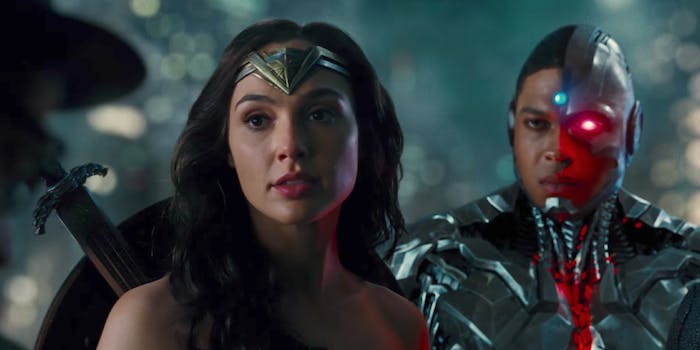 After the character’s stand-alone success at the box office this summer, it’s no surprise that Wonder Woman delivers a leading performance in the new Justice League trailer. Released Saturday at Comic-Con, the trailer opens to Diana again protecting innocent civilians before joining forces with Batman.

Meanwhile, an evil invades Themyscira, and the duo work with Aquaman, Cyborg, and the Flash to save the world. For an intense first trailer picking up after the dramatic events of Batman v Superman: Dawn of Justice, audiences will have to wait until November to watch the real thing.