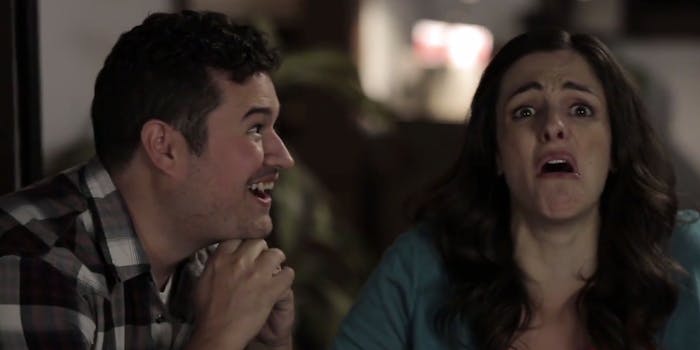 The joy of watching your friends watch ‘Game of Thrones’

It's the most entertaining show not on TV.

The best show on TV isn’t the one everybody’s watching.

The people who’ve read A Song of Ice and Fire are a different breed. We’re both smug and insightful, and because we know what’s coming, many of us will take great pleasure in watching our friends’ reactions to Game of Thrones to the point where when something bad is about to happen, we take out the cameras.

But for most weeks when it’s just the usual bout of violence, the book fans will continue to watch our favorite show—no, not Game of Thrones, your reactions to Game of Thrones.

If you’ve read the books, you’ve probably been in that seat many times before and have mercilessly teased and hinted at your friends. If you haven’t, you’ve probably at one point or another been one of those people (or all of them at once).

But now that the season’s over, you can tease those book readers about the scene they wanted that didn’t happen.