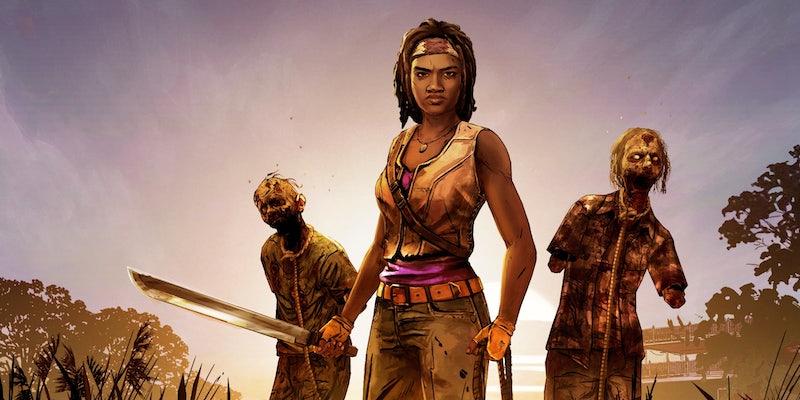 You don’t have to wait for the third big installment of the game franchise to get your next fix.

You love Michonne on the TV version of The Walking Dead, she’s just as awesome in the comic book, and now she’s getting her own installments in the franchise’s video game series.

Telltale Games showed some love for its fans on Valentine’s Day by sharing a lengthy preview of The Walking Dead: Michonne – A Telltale Miniseries, the newest entry in the adventure game series that’s been wowing fans and critics since it debuted in April 2012.

In an awesome bit of casting news, Samira Wiley, who plays Poussey on Orange Is the New Black, will play Michonne in the game mini-series.

The Walking Dead Telltale game takes place in the comic book version of the Walking Dead universe, not the TV version. While they can be very different from one another, they also tend to share major plot points. So consider this your warning: Telltale’s miniseries—and the preview below—could spoil the TV show.

In the comic, Michonne takes a break from Rick Grimes and company to spend time serving on a ship called the Companion, sailing up and down the Virginia coast, fishing and looking for survivors. Telltale’s Michonne mini-series explores her adventures aboard the ship.

The first episode of The Walking Dead: Michonne – A Telltale Miniseries will be released on Feb. 23 on PC, PlayStation 3, PlayStation 4, Xbox 360, Xbox One; and on Feb. 25 for iOS and Android devices.