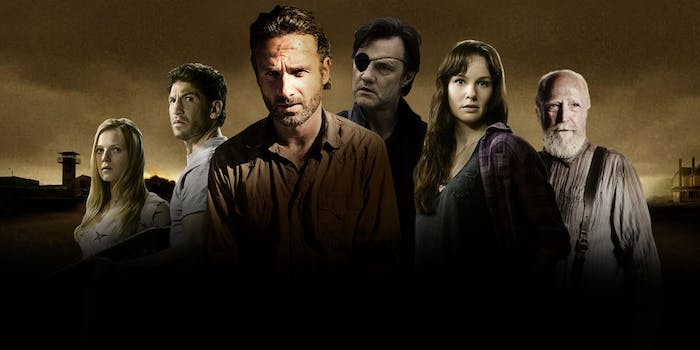 An illustrated guide to who dies in ‘The Walking Dead’

The differences between the comic and the television show may shock you.

Warning: This story contains massive spoilers for all seasons of The Walking Dead and volumes of the comic through Issue No. 66.

Fans of The Walking Dead comic are privy to a secret that would make watchers of the television show insanely excited: There is still so much cool stuff yet to see.

By and large The Walking Dead, which returns to AMC on Feb. 8 from its mid-season break, follows the major plot arcs of the comic book. That means comic book fans are aware of all the terrifying, insane, and heroic stories yet to be told. There could easily be another five seasons without the AMC series feeling the slightest bit stale.

Andrea, who killed herself at the end of season 3 after being bitten by a zombie, is not only still alive in the comic, she’s one of the most important and deadliest survivors traveling with Rick Grimes.

In the television show Sophia turns into a zombie, and the reveal at the mid-season break of season 2 is one of the most powerful moments in the history of the show. In the comic book Sophia is not only alive and well, she’s also kind of a love interest for Carl Grimes.

And if we told you who of your favorites from the show have died in later issues of the comic, you might hate us for the emotional shock, and the fear of their inevitable demise.

Here’s a timeline of what major characters died, how, and when, beginning with Rick Grimes’s arrival in Atlanta, to shortly after Rick and company found Gabriel the priest and his church at the tail end of the first half of season 5.