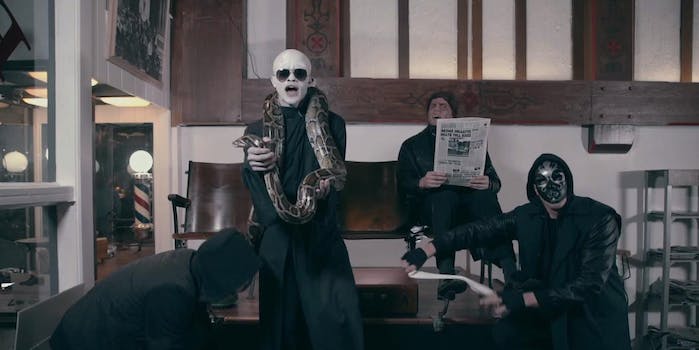 Stop! Wait a minute—fill my goblet, put some fire in it.

The Harry Potter books may have unintentionally shown the good guys to be more aggressive than the villains, but when being bad is this much fun, can you really blame them?

YouTube user KFaceTV, a bunch of enterprising HP fans from Provo, Utah, and what appears to be the entire membership of Cosplay Utah threw down in style for this hilarious “Uptown Funk” parody featuring the Death Eater crew partying it up before invading Hogwarts. As one does.

The stylish remix features special effects, a python, and the Harry Potter theme done Bruno Mars-style. Where do we sign up to join the Dark Lord again?