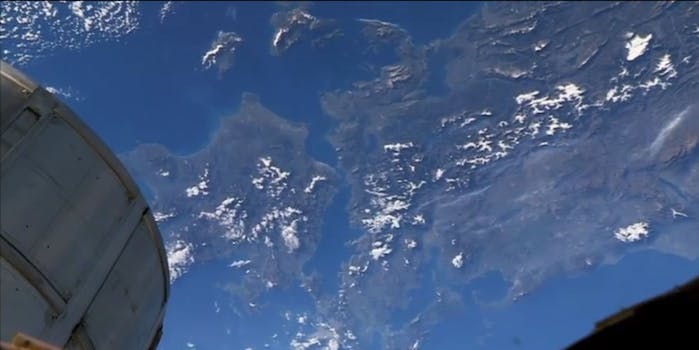 Maybe they're chatting about your city.

ISS astronauts Mike Hopkins and Rick Mastracchio uploaded a YouTube tour of the planet, zeroing in on various landmarks all over the world. They started with glimpses of Greece and Italy and made their way over to the greater New York City area, which was blanketed with snow at the time.

It’s still amazing how calm and peaceful the world appears from such a distance, the drama and hustle of everyday life visibly absent.

So the next time you go outside, make sure you give Hopkins, Mastracchio, and all of the other astronauts aboard the ISS a wave. You never know when they will be soaring over your hometown.