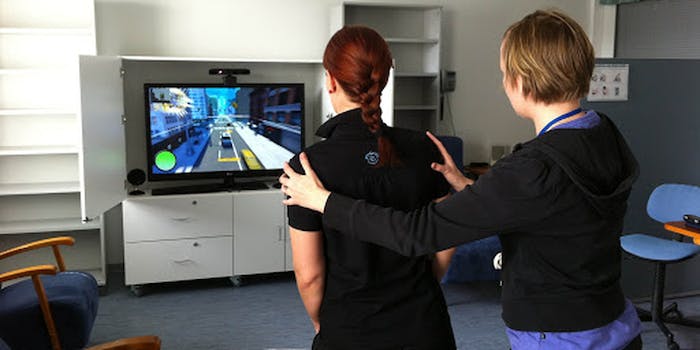 It's called gameified neuroplasticity therapy, and the practice has shown some positive results.

There’s a problem with the drugs used in mental health care: You have to be on them for them to work. Even then, they can be expensive and have detrimental side effects.

Ville Tapio had an idea to do it better. He runs a private psychiatry center in Helsinki, and psychiatrists had told him they were reluctant in particular to hand out drugs for patients with attention deficit hyperactivity disorder (ADHD). ADHD drugs are psychostimulants, they are frequently abused, and kids can be prescribed them young and kept on a regimen for years.

Tapio’s alternative? Getting people with mental health concerns to play video games. They’re special video games, of course—ones that can change how your brain works, with a technique loosely termed gameified neuroplasticity therapy.

The idea isn’t totally out of the blue. The University of Helsinki is well known for its neuroscience, with researchers already investigating how brain activity changes when people do different things. Scientists there have already tinkered around with game play, checking out local Helsinki production Angry Birds to test why the game was so addictive, and it’s all part of a push by Finnish developers to build games that do good.

But using games to change people’s brains for health reasons is an ambitious and relatively new concept. Still, Helsinki has the scientists and the gaming companies—Angry Birds developer Rovio is just one—to give the idea a proper look. Now, researchers also have cash: Tapio’s company Mental Capital Care received 790,000 euro in funding from Finnish investment board Tekes last year to test out a game designed to cure the symptoms of ADHD.

The new interest in gaming in treatment is fueled partly because brain wave scanning headsets have come down in cost, making it a more realistic option outside the lab. Neurogames work with EEG headsets, which place small electrodes directly on your scalp to measure brain waves. While EEG technology has been around in medicine for ages, only recently have cheaper commercial versions of EEG caps come on the market.

One such EEG cap is the Emotiv, which has become popular with researchers looking to move beyond the restrictions of fMRI brain studies. For one, it’s hard to study the brain’s reactions to natural stimuli when a person is inside an MRI machine. A brain cap, on the other hand, is mobile enough for users to utilize in their daily lives, an advantage researchers hope will help users hack their brains.