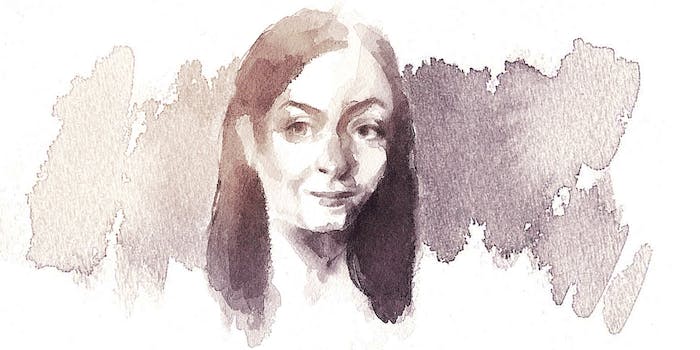 How Vanessa Hill demystifies the brain through stop-motion animations

Vanessa Hill wants to demystify the most important organ in the body: the brain. In her YouTube series, Brain Craft, Hill explores questions big and small that relate to how our brains work—and, sometimes, how they don’t work.

In another video, Hill explains that she views her work on YouTube as “edutainment”—existing somewhere on the spectrum between textbooks movies.

Hill brings several years’ experience and a degree in science communication to the YouTube table. A Sydney, Australia native, she graduated from the University of New South Wales with a degree in psychology. After school, she worked for Australia’s National Science Society in various roles in education and outreach. She mainly worked with school kids between the ages of 5 and 18, teaching them about all types of science.

Hill told the Daily Dot in a Skype interview that she felt lucky not only to get to teach science, but to travel all over Australia—something that she says isn’t very common in her country. Eventually she began producing a YouTube series for the Commonwealth Scientific and Industrial Research Organisation in Australia.

“If you’re just going to do things that are going to be controversial, be realistic and be prepared about what will happen if they blow up on the Internet.”

“I did a lot with [CSIRO’s] YouTube channel, and I was interested in the platform,” Hill said. “I thought, ‘I want to be a part of this community and I want to do things that are a bit more creative than I could do in my current job.’”

It wasn’t long after that Hill produced the first episode of Brain Craft. During the first several months of the channel, Hill juggled making videos with a full-time job. PBS Digital Studios approached her and brought her aboard its consortium of educational channels in mid-2014, allowing her to pursue Brain Craft as a career.

Hill said it takes anywhere between one to two weeks to produce a single video—and most of that time is spent researching scientific papers. She likes to explore many sides of brain science, often focusing on the intersection between psychology, neuroscience, and culture. But sometimes those fields intersect in unpleasant ways.

“Once I made a video on implicit biases—the attitudes or simple associations we have toward racism and sexism that operate at an unconscious level,” Hill told the Daily Dot in an email. “There’s a lot of research around this and it was all about scientific studies, but the video was a huge mistake. It led to a horrible backlash and I lost subscribers. I chose to delete it.”

She added that the fallout from that video has influenced the type of content she publishes. Now Hill chooses to focus on topics that are less controversial in the hopes of focusing her viewers’ attention on the science of her videos instead of personal politics.

But some viewers choose to focus on Hill herself.

“It’s weird—even if you’ve never left America, you’ve seen TV or movies so you know what it is to have an accent,” Hill said over Skype. “A lot of people think there’s something wrong with the way that I talk or the way that my mouth moves or my intonation. There’s a lot of attention focused on the way that I talk.”

Hill said she’s also no stranger to comments on her appearances. She said that the comments have influenced the way she presents herself on camera. The comments are extremely frustrating and hurtful to her, but she said that adjusting her community settings—allowing her to automatically filter comments with certain phrases like “vocal fry,” or “boobs”—has helped tremendously in dealing with harassment. Hill said she would encourage all up-and-comers to do the same—and to consider about how people will react to video content and if you’re prepared to deal with that.

“If you’re just going to do things that are going to be controversial,” Hill said, “be realistic and be prepared about what will happen if they blow up on the Internet.”

Hill doesn’t exactly shy away from controversy, but instead chooses to approach things differently. Rather than focus on women’s issues or female scientists, for example, she simply makes a point of referencing their work.

“In all of the videos that I did as a part of the [YouTube] women’s program, I never mentioned women or gender because I didn’t want to be crucified.”

“In all of the videos that I did as a part of the [YouTube] women’s program, I never mentioned women or gender because I didn’t want to be crucified. So I decided to talk about discoveries that women have made, or interview female scientists. I do it very subtly and make women a part of the stories I write.”

Hill mentioned a recent survey of PBS Digital Studios fans that revealed a lot about her audience. She said they’re overwhelmingly male—a common feature of many educational YouTube channels—but also that their interests are aligned with hers.

“I think in a way my audience is very similar to me, just a bit younger. I think that helps because they’re more or less interested in the same things I’m interested in,” she said.

Though it may get tiring sometimes, Hill really enjoys her work.

“I have a great job. It’s really fun, I get to travel to cool places and make videos,” she said. “I feel very lucky to be someone who gets to do that. And to know that there are people who come back week after week to watch my videos, it’s pretty special.”